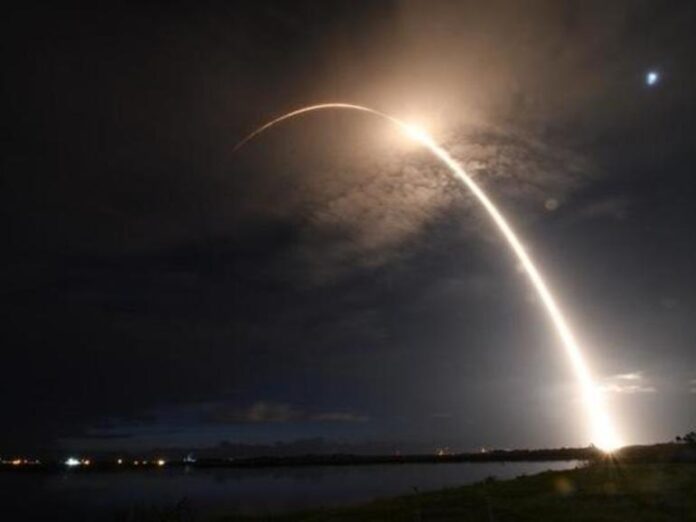 In my home in Asheville, N.C., I currently have 300Mbps internet to my home office. Back in my childhood home in Calhoun County, W. Va., where I still own some family land, I’d be lucky to get DSL speeds in Kbps. That’s kilobits per second.

It’s no wonder a recent Satellite Internet survey found that 36% of people surveyed said poor internet access was keeping them from moving to the country. As Alexandre Menard, a leader of the McKinsey Center for Advanced Connectivity, told CNET’s Eric Mack, “You have still 10% to to 20% of the population, even in developed markets … that have an average DSL or bad 3G connection, and therefore doing video or doing higher-requirement usage is a challenge.” Working from home is only a dream for tens of millions, but the answer to their internet prayers may lie in the skies above them — with SpaceX Starlink satellites.

Recent Starlink beta tests show that Starlink is living up to its promise of data speeds from 50Mb/s to 150Mb/s and latency from 20ms to 40ms.

To get this, you need to be admitted into the Starlink “Better than Nothing”  beta program. If you make it in, your dish and modem/router will cost you $499 with a subscription price of $99 a month.

Is it worth it? Starlink beta testers think so. It’s much faster than what they can get from their Earth-bound ISPs. Recently Starlink engineers answered questions from users, critics, and fans on a Reddit Ask Me Anything (AMA) and revealed more about Starlink’s ins and outs.

First, for now, if you get a beta invite, you’re going to need a clear line of sight to 53 degrees latitude (north and south) where the satellites are currently clumped up. That’s because “you should think about communication between the Starlink dish and the satellite in space as a ‘skinny beam’ between dishy and the satellite. So, as the satellite passes quickly overhead, if there is a branch or pole between the dish and satellite you’ll usually lose connection.” With that in mind, it’s working on software features to improve this. And, of course, as the Starlink satellite constellation grows so too will be the space in which you’ll find a working satellite.

When you first turn your Starlink terminal on, it knows nothing about where the satellites are. Instead, it “automatically scans the sky in a matter of milliseconds and locks into the satellite overhead, even though it’s traveling 17,500 mph overhead.” Once detected, the Starlink dish hones in on its position and requests to join the internet. Then, the terminal downloads a schedule of which satellites to talk to next to keep your connection going.

Starlink, of course, also has to work on keeping its satellite connected to the terrestrial internet. That’s a challenge. Starlink’s engineers have been working on “space lasers” to connect the satellites to improve speeds. These lasers would provide a high-speed interconnect between the satellites. The net result will be to speed up users’ broadband and decrease their latency.

This works, the engineers explained, because the “speed of light is faster in a vacuum than in fiber, so the space lasers have exciting potential for low latency links.” This will also enable Starlink to better serve users where the satellites can’t see a fixed ground station. Starlink has already tested this and the prototype space lasers on two satellites that transmitted gigabytes of data per second. Add the engineers: “Bringing down the cost of the space lasers and producing a lot of them fast is a really hard problem that the team is still working on.”

In the meantime, Starlink engineers are working to lower Starlink’s latency even further. “We challenge ourselves every day to push Starlink to the fundamental limitations of physics. Current Starlink satellites operate at 550km, where light travel time is 1.8 milliseconds to Earth. The roundtrip from your house to a gaming server and back is at best 4 times 1.8 milliseconds at these altitudes, or under 8 milliseconds.”

Some users also worried about whether Starlink can keep up its current speed. The engineers replied, “Unlike regular satellite internet where it gets way too crowded — as we launch more satellites over time the network will get increasingly great, not increasingly worse.”

Indeed, they’re planning to move from a limited beta to a wider beta in late January. This will give many more users an opportunity to participate.

“At this time, the Starlink beta service does not have data caps… We really don’t want to implement restrictive data caps… Right now we’re still trying to figure a lot of stuff out–we might have to do something in the future to prevent abuse and just ensure that everyone else gets quality service.”

Technically speaking, Starlink currently only supports IPv4. But it won’t stay that way. “We’re testing out IPv6 now, and will roll it out soon! Once it’s ready, you’ll get both an IPv4 and an IPv6 address. IPv4 addresses are a limited resource — IPv6 is the future.”

On a more down-to-Earth matter, the Starlink staffers also revealed that their dishes come with heaters to melt off snow. As winter approaches, the company said, “We’ll be deploying a software update in a few weeks to upgrade our snow melting ability with continued improvements planned for the months ahead.” Today, the dishes are certified to operate at temperatures from -30C to +40C.”

Finally, Starlink founder Elon Musk is hiring and Starlink has many job openings. Whether it’s software development, engineering, or management, there’s a potential Starlink job for you. In the AMA, the team kept saying over and over again, “Send your resumes to [email protected].”