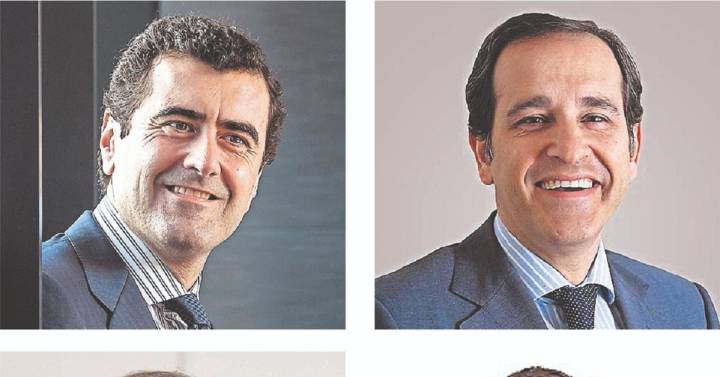 Venture capital prepares heavy artillery. Big funds are knocking on the market door for more than $ 100 billion to water the M&A market over the next few years, according to Bloomberg data. Spain will once again be the target of its investments.

“We are finding a fundrising [el proceso en el que los fondos de capital riesgo levantan capital para sus vehículos] very complicated and competitive. In Europe alone there are more than ten funds seeking capital ”, they indicate from one of the funds with the most presence in Spain in recent years.

And it is that among the funds that are currently raising capital are some of the most active in Spain. Among the Americans, Blackstone, owner of Cirsa in Spain, stands out. It is trying to raise the largest private equity fund in history, with a target size of $ 30 billion (€ 27 billion). A slightly lower figure, of just over 20,000 million, is looking for Advent, which currently has Vitaldent as the only investee in Spain. Warburg Pincus, who was a shareholder of the Santander management company and owns Singular Bank together with the former CEO of Banco Santander Javier Marín, is also seeking around 15,000 million euros in the market.

The funds based in Europe have more participation in Spain. Permira, which owns the European University of Madrid and is a shareholder of Edreams Odigeo, is seeking 12,000 million. Cinven, for its part, is trying to collect about 1,000 million less, despite having been one of the most active funds in the Spanish market in recent months, with the purchase of Burger King Spain and having reached the final bid for ITP. And also CVC, which owns the Alfonso X University and the Vitalia residences and is a shareholder in Naturgy, Deoleo, Tendam and Exolum.

The funds are now accelerating the process to attract new capital due to the fear that the rise in inflation will cause central banks to accelerate the withdrawal of stimuli in the coming months. The long period of zero rates and debt purchases by these institutions have generated a perfect storm for private equity to have lived through some golden years, with very high investments and exorbitant profitability. Liquidity in the sector is very high.

On the side of private equity investors, Uwe Fleischhauer, founding partner and managing director of Yielco, highlighted in the latest edition of CapCorp, held last week in Madrid, the attractiveness and dynamism of the Spanish market, which is at the level of its European competitors. And he also pondered the rise of alternative investments in the coming years.

Private equity has a powerful cushion to contain a possible hardening of economic and financial conditions. It is the so-called drypowder, the capital that the management companies have already raised and have available to invest. Only in Spain this figure reaches 4,330 million as of September 30, according to data published by the sector’s employers’ association, Ascri. Globally the data even reaches 3 trillion.

The market expects that these 100,000 million will serve to maintain the dynamism of mergers and acquisitions in the coming months. After having gone through a small bump during the hardest months of confinement by Covid-19, these operations chain several years at highs. The market expects this boom to continue, at least, throughout 2022.

The high liquidity of the funds and the high prices that they have paid by the companies have made them unbeatable, for example, in the face of the IPOs, which have been very low. They have also encouraged large companies such as Ferrovial or Telefónica to have sold these vehicles to some subsidiaries, as well as some have chosen to give these vehicles entry into their shareholding.

The euphoria of large international funds to raise capital in these months, contrasts with the drought of national funds. Since Covid-19 broke out in March 2020, none of the most important Spanish management companies have launched new versions of their main vehicles. They have done so with funds from more specific strategies, such as minorities and Portobello joint ventures. Asterion has also raised its second infrastructure fund, which is the largest in Europe in this segment, as have other specialized vehicles, for example, in SMEs. Market sources explain that the main Spanish venture capital funds have funds with the capacity to carry out operations and that it will not be until the end of 2022 or the beginning of 2023 when they expire and are forced to go to the market. They also point out that Covid-19 has affected many portfolio companies and caused funds to extend investment periods so investments are not affected by the pandemic crisis.