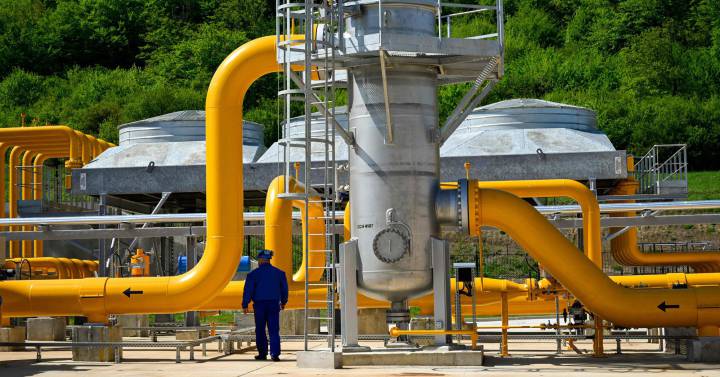 The Government will hold an extraordinary Council of Ministers next Friday in which it will approve the mechanism to limit the price of gas for electricity production, according to what the Executive spokesperson, Isabel Rodríguez, reported yesterday. An “arduous negotiation process”, as the President of the Government, Pedro Sánchez, defined it on Friday.

“We are working intensively with our Portuguese colleagues. We have all the mechanism defined and we have accommodated the different requests made by the European Commission”. And he said he was “waiting for the decisions of both governments to coincide and approve it in parallel so that it enters into force.”

During yesterday’s press conference after the Council of Ministers, Isabel Rodríguez reviewed the milestones of the mechanism, a “very important” agreement that will not only benefit Spanish consumers by lowering electricity bills “up to 30%”, but also “to Portuguese consumers”.

A spokeswoman for the Community Executive assured on Monday that the competition services of the European Commission had transferred a “preliminary analysis” to Madrid and Lisbon and that there was pending information, but that she hoped that the formal notification would arrive “soon”. Specifically, Brussels sent the two capitals a “conformity letter” in which the community authorities guarantee that they will give their final approval if the final regulations approved by the Council of Ministers conform to what has been notified, added diplomatic sources.

The mechanism will set an average price of 50 euros/MWh for 12 months for gas offers in the pool, which will prevent the rest of the energies (nuclear, hydraulic and renewable) from reducing the extra benefits derived from the marginal price set by gas .

The agreement had stalled in recent days between Madrid and Lisbon, since the initial proposal established that the financing of gas compensation, which, although it enters the pool with a capped price, will also receive the difference, up to its real price, I would pay it “on demand”. That is, all marketers based on their consumption and these would pass it on to their end customers, even those in the free market who had signed a contract with fixed-term coverage.

Finally, according to the final text, the contracts in the free market with coverage at a fixed price will be excluded from the obligation to compensate the aforementioned financing. These types of contracts (not those indexed to the pool) will progressively finance the compensation as they are renewed.

95% of Portuguese consumers are in the liberalized market, with covered contracts and its regulated market, which barely adds up to 5%, is not, like Spain, linked to the daily prices of the wholesale market. For its part, the European Commission plans to give legal form to the so-called Iberian exception in a State aid notification.