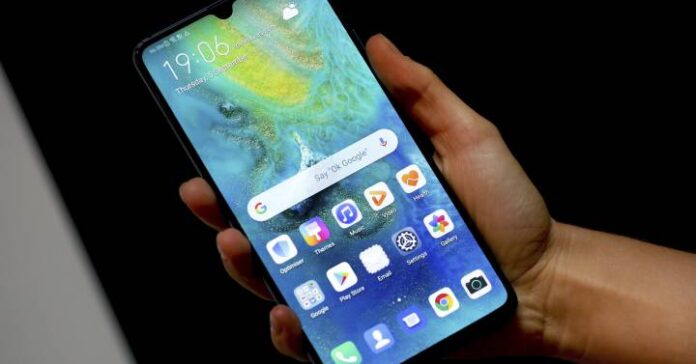 Operators or business groups must pay in Spain in total at least 1,170 million euros for the 700 Mhz band, a priority for 5G, which will go up for auction in the first quarter of 2021, according to the bases published this Wednesday by the Government .

Specifically, eight frequency blocks will be auctioned with a total starting price of 1,170 million euros, for a period of 20 years. A single payment has been established for spectrum awards that are made, unlike the previous auction that was held in Spain in 2018 -for the 3.6 and 3.8 Ghz band-, also for 5G, for which an annual payment was fixed.

Some of the advantages of this band that will be tendered in the first quarter of 2021 – with some delay due to the coronavirus – is that it offers better indoor coverage and has better penetration in the territory. The Ministry of Economic Affairs and Digital Transformation has launched this tender for public consultation this Wednesday, the first time in history.

The process establishes certain obligations, such as providing 100% coverage to populations of more than 20,000 inhabitants in a period of three years, as well as motorways, highways and multi-lane highways, as well as passenger stations for high-speed lines. .

The auction will take place after these frequencies that were being used by the Digital Terrestrial Television channels have been released, in a process that was called Second Digital Dividend and that concluded in the fall.

The price for some of the blocks is comparatively lower than the rest of similar concessions that have been made, as explained in the rules, which also specify that the auction will include multiple rounds and will be carried out online.

The four majority operators in Spain -Telefónica, Orange, Vodafone and MásMóvil attended the previous auction of the 3.6 Ghz-3.8 Ghz band. Of all of them, MásMóvil has been the one that has left in the air the possibility of presenting itself to this new auction, and it will depend on the conditions, one of them, was that its condition of fourth operator was taken into account. At the moment, none of the four operators has ruled on the requirements set by the Government for this auction, which were known today.

Market sources have pointed out to EFE that the starting price is higher than expected, although they consider the single payment positive, since it represents a barrier to those who intend to speculate with this band, which will entail huge economic investments.

In the conditions of the auction, it is explained that the one-time payment is an advantage, since the current low interest benefits the winner. In addition, it contemplates that the 20 years set for the concession allows the investment to be amortized and made profitable.

The auction is part of the Strategy for the Promotion of 5G Technology, recently presented in the Council of Ministers and which will have public financing of 2,000 million euros until 2025, of which 300 million are already included in the General State Budgets for 2021 The bidding conditions for the 700 MHz band will be voluntarily submitted for review this Thursday by the Radio Spectrum Policy Group of the European Union.

In Spain, 5G technology has been a reality since June 2019, although with the “non-stand alone” standard, that is, it is not 100% pure 5G, but has been deployed on previous generation infrastructures, 4G.

The first operator to commercialize 5G in Spain was Vodafone, which did so in 15 cities in June 2019. The rest have been added and the four main ones have already announced this technology. Telefónica reported yesterday that it covered 76% of the country’s population, although for this it has used a technology called DSS, which allows improving the performance of the nodes of the 4G network. The 700 Mhz band will allow to increase the advantages that 5G offers up to now.