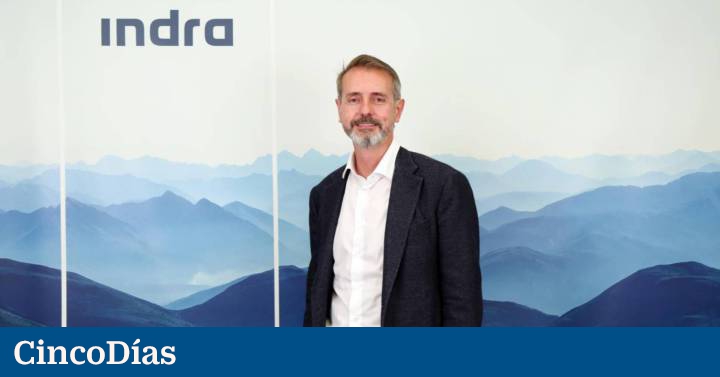 SEPI is preparing to increase its participation in Indra after the Council of Ministers agreed today to authorize the State Industrial Participation Company to increase its shareholding package in the capital of the technology company from the current 18.7% to 28%. The movement, which reinforces the control of the Executive in technology, will make it difficult, according to market sources, any Public Offer for the Acquisition of shares (OPA) that the Government considers hostile.

“The decision responds to the State’s renewed commitment to a company that has recently taken on challenges of special importance for the interests of our country and our closest allies,” Belén Gualda, president of the public entity, has indicated in a relevant fact sent to the CNMV.

Specifically, the note refers to the Future Combat Air System or FCAS (Future Combat Air System), of which Spain forms part with Indra as the industrial leader of Spanish participation. A project “that represents a commitment of the utmost importance for the interests of Spanish and European defense with significant returns for the whole of the Spanish civil and military industry”, highlights the Ministry of Finance in a statement. He adds that the FCAS is a critical program for Spain in terms of sovereignty, technological and industrial development and the creation of highly qualified jobs.

With this movement, the Government of Pedro Sánchez intends to provide Indra with “shareholder stability and effective support so that it can successfully carry out the commitments assumed”, according to SEPI. The public entity already promoted a change at the head of the company last May, which resulted in the departure of Fernando Abril-Martorell, as executive president, and the appointments of Marc Murtra as non-executive president and Ignacio Mataix and Cristina Ruiz as directors delegates.

SEPI assures in its note that, after the agreement of the Council of Ministers, it will proceed to carry out the procedures and actions that allow the process to be launched, “without affecting the price”, to complete the acquisition of the necessary volume of shares . If the operation is successfully completed, SEPI will aspire to increase its representation on the technology company’s board, which currently amounts to two proprietary directors: former deputy Antonio Cuevas and former Minister of Industry, Miguel Sebastián.

In the market it is also taken for granted that the Government will reinforce the figure of Murtra (who was not given executive powers in the face of opposition from an important part of Indra’s board, in which the independents have a majority) and will give free rein for the technology company to take a stake in the Basque group of aviation engines ITP, bringing technology closer to the Government’s strategy in the Defense market and “Spanishizing” the aviation company.

Indra acknowledged negotiations with Roll-Royce for the purchase of a majority stake in ITP, but finally they did not reach an agreement on the price, despite the interest of the Government.

The movement of the SEPI takes place after last December SAPA Placencia Holding, the Basque defense company, will buy 5% of Indra from Corporación Financiera Alba, a March family holding company, for 90.8 million euros. The Basque company (which is a shareholder of ITP) took over this transaction with 8,833,000 shares of the technology company at a price of 10.28 euros per share, and the Government added an ally to indra’s council.

In the note, SEPI did not indicate from whom it will buy that participation. Market sources assure that it is strange that the operation has been announced without having closed any agreement, because otherwise there would be a risk that the purchase would become more expensive. Corporación Financiera Alba, which holds 3.21% in Indra, has already acknowledged that it is willing to sell its share package, so everything points to it being one of the sellers. With the latest movements, after SEPI it is the second shareholder of the technological company Fidelity Manager, with 9.8%. They are followed by SAPA (the Gipuzkoan group controlled by the Aperribay family), Corporación Financiera Alba and Santander Asset Management and T. Rowe Price. These last two have 3% and 3.1%, respectively.

Indra today closed its session on the stock market with a fall of 0.27%, placing its titles at 9.25 euros. The company, which has accumulated declines of almost 4% since the beginning of the year, has a capitalization of 1,637 million euros. The acquisition of that additional 10% would entail a disbursement for SEPI of just over 160 million, if it buys the titles at the current market price.

If the operation goes ahead, the State is two percentage points away from having to present a takeover bid for Indra, which was privatized in the late 1990s. SEPI returned to the shareholding of the technology company in 2013 when Bankia sold its 20.1% stake in the company for 337 million euros.