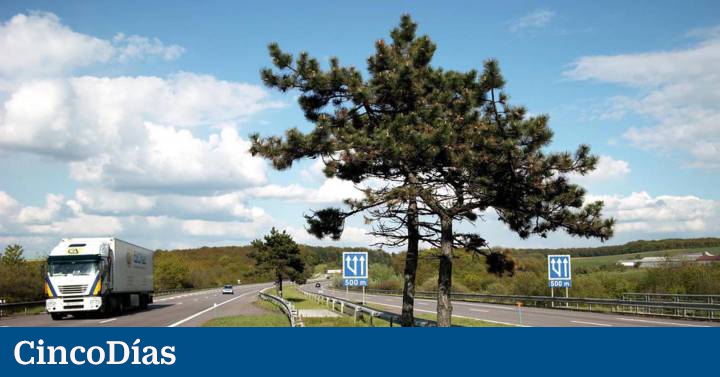 controversial decision of the Minister councilwhich has approved this midday a check for 1,069.9 million euros as a settlement compensation balance for the actions carried out by the concessionaire Acesa, a subsidiary of Abertis, on the AP-7. Investments in various improvements to the motorway sections between Barcelona-La Jonquera, Barcelona-Tarragona, Montmeló-El Papiol, and Zaragoza-Mediterráneo are recognised, at the expiration of the concession.

The Ministry of Transport recalls that the reforms were due to the “substantial increase” in road traffic on the AP-7, which had been recorded in the years prior to the approval of the Royal Decree 457/2006, which fixed the improvements and the subsequent compensation. Also to congestion problems. Abertis demanded more than 4.2 billion in a case that has confronted the company and the Government for more than ten years. It was a ruling of the Contentious Administrative Chamber of the Supreme Court, of June 2019, which left for the moment of the reversal of the AP-7 the obtaining of the final balance of compensation.

After the exploitation period ended on August 31, the Ministry has studied the liquidation proposal presented by the concessionaire and has established its own calculation. The payment of the 1,070 million must occur within a period of six months following the expiration of the concession, as established in the agreement.

What the Ministry does not take into account are the discounts on the tolls that Abertis made on the Tarragona-Barcelona and Barcelona-La Junquera sections, and no compensation appears for the decrease in traffic during the financial crisis or during the Covid-19 crisis. 19. The Government of Mariano Rajoy has already agreed not to pay any compensation derived from the drop in traffic as a result of the bad economic times.

Actions not foreseen in the concession

Abertis invested 558 million in the execution of 123 kilometers of additional lanes in Girona and Tarragona and, as consideration, the State assumed the traffic risk on that road until the end of Acesa’s concession.

A compensation account was created in which the aforementioned investment was included and the difference in income between the actual traffic and that established in the agreement was added or subtracted. If on August 31, 2021 a figure was found in favor of Acesa, it would be paid if the economic-financial balance of the concession had not been restored beforehand.

In 2006 it was thought that the additional traffic generated by the expansion of the highway would compensate for the investment, but the financial crisis broke out and the volume of users plummeted, activating the compensation mechanisms.

At the end of 2020, the invoice for the additional works was 1,010 million, including the financial update.

In a second claimthe company owned by Atlantia and ACS demands the aforementioned compensation for guaranteed traffic, which as of December 31, 2020 was 2,815 million for the business lost due to the opening of parallel freeways (splitting of the N-II and the CN-340 ) and the implementation of bonuses requested by the Ministry.

Abertis’ request, which has been growing semester by semester in its financial reports, therefore exceeds 4,000 million after it will try to settle without success in an out-of-court agreement with different Ministers of Transport, from Ana Pastor to José Luis Ábalos.

As a summary of a long battle, it was in 2011 when the Government Delegation on highways of the Ministry of Public Works sounded the alarm about the possible inaccuracy that Abertis incurred when accounting for the balance of traffic compensation of the AP-7 as a financial asset . After an appeal by the company, the Superior Court of Justice of Madrid ruled in 2016 in favor of the concessionaire’s way of acting, but Fomento had stopped considering compensation for guaranteed traffic as part of the AP-7 Agreement. This gave rise to large provisions for loss of value of Acesa.

In June 2019, the Supreme Court ruling opened the two-year extension in this long confrontation. But the same Contentious-Administrative Chamber ruled in February 2020 that Abertis should note the alleged compensation for loss of traffic on the AP-7 as an intangible and not as a financial asset, estimating the appeal of Fomento to the judgment of the Superior Court of Justice of Madrid. The Supreme Court endorsed the criterion of the State Attorney by pointing out that the collection would not be an “unconditional right” until August 2021, with the end of the AP-7 term.