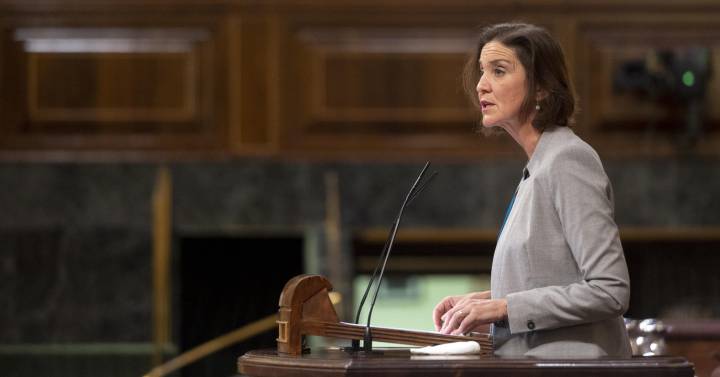 The Minister of Industry, Commerce and Tourism, Reyes Maroto, has asked businessmen for patience so that the money from European funds begins to show up “in the real economy.” “We have already authorized 66% of the money that corresponds to us this year and committed 50%, an amount that is already being directed to projects both in companies and administrations,” said the head of the Industry portfolio in the act European funds for transformation: designing a country strategy, organized by EL PAÍS and Deloitte.

In total, Spain corresponds to 19,000 million euros this year. The first part, about 9,000 million, was transferred by the European Commission last August, while the remaining 10,000 million have already been requested from Brussels and are expected to arrive before the end of the year. “We are meeting the schedule,” said Maroto, who has highlighted the importance of the Perte (Strategic Projects for Recovery and Economic Transformation) to boost the economy.

In addition to the Perte of the Electric and Connected Vehicle, approved last July and which is endowed with 4,300 million euros, the minister has highlighted that the Government is working on other Perte, such as that of Vanguard Medicine, which is presented this Monday. “Spain has more than 80 manufacturers in the pharmaceutical industry, a cluster that does a lot for territorial cohesion. We are going to focus on strengthening industrial capacities and, why not, producing a Spanish vaccine, Hypra. The trials are going very well and I believe that there has to be a qualitative leap for us to have a much more robust science focused on health, taking into account that it will be one of the sectors that will grow the most due to the aging of the population “, explained the minister.

In turn, he pointed out that the Executive is working to launch other projects such as agri-food, Spanish and aeronautics. “[Este último] We are already reviewing it at the ministerial level, it is a very necessary part. We have to define the projects to finance and give certainty to the industry, “said the minister.

Transform the productive and economic model of the country

The event was also attended by executives of large companies such as Repsol, Deloitte, Caixabank, Iberia and Google, who agreed on the importance of using these funds correctly to promote a change in the economic model that allows the industry to represent 20% of GDP. “Today we are at 13%, very far from the objective. We have to define what model of country we want to be in the medium term (…) We have to turn to recovery. We came out of the previous crisis without transforming ourselves, without the country’s production model will change substantially, “said Héctor Flórez, the next president of Deloitte Spain, who has asked not to” significantly increase business costs “.

Another of the points highlighted by the employers was the need to improve the current Vocational Training system which, they complain, does not respond to the needs of the companies. “Spain has to review its educational system and put everything that is technological training in all educational levels,” has asked Fuencisla Clemares, general director of Google in Spain and Portugal, who has pointed out that, for example, there is a deficit of 30,000 expert cybersecurity professionals. “58% of Spanish SMEs do not have cybersecurity protocols and there we have to work. It is essential to see how we develop advanced digital capabilities,” Clemares insisted.