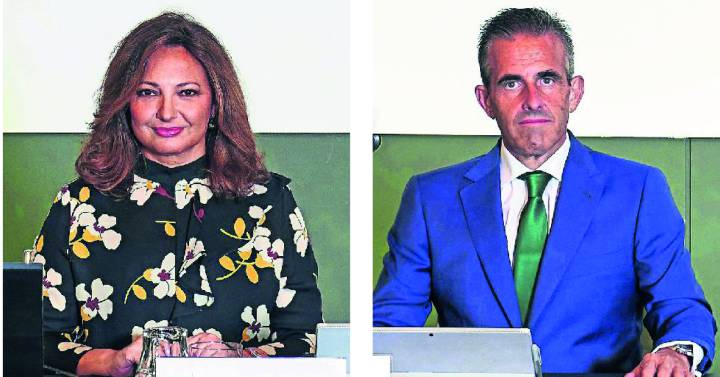 El Corte Inglés begins to design its financial future after the entry of Mutua Madrileña in the capital. The first point has been the reopening of negotiations with its leading banks to accommodate the cost of liabilities to the new reality of the group. They trust that the investment grade note will arrive from the rating agencies soon, but in the meantime, they are looking for the banks to already reflect such consideration in the price they pay for the debt, according to what financial sources indicate to this newspaper.

The company piloted by Víctor del Pozo held its first meetings this week with the twenty banking entities that make up its union. Santander, BBVA, BNP Paribas, JP Morgan or Bank of America are some of the entities that lead the negotiations.

According to its latest financial report, at the end of the 2021 financial year, El Corte Inglés has a financial debt of 3,714 million euros. Of these, 2,168 million correspond to bank debt. This loan, which includes the credit guaranteed by the ICO in 2020, expires in 2025, extendable for two more years.

It also has two bond issues, of 600 million each, which expire in 2024. It had a third issue, of another 600 million, placed by Hipercor, which matured in January of this year, as well as a promissory note program registered in the MARF with an outstanding balance of 1,200 million.

El Corte Inglés seeks to rebalance this balance between bank debt and bonds in favor of the former. And expand its credits from 2,100 million euros to 2,600 million, according to El Confidencial. With that extra amount, the company hopes to cancel one of its bond issues. It currently has two, after redeeming the Hipercor bonds that matured in January. On the one hand, the one launched in September and December 2018 for 690 million; and another for 593 million, made in September 2020. Both are due in March 2024.

The objective of the negotiations is clear: to achieve a reduction in the cost of the debt. And it will do so, on the one hand, with an agreement with the banks so that they will charge an interest rate at the level of a company considered to have an investment grade rating.

The main argument is in the alliance with Mutua, both with the sale of 50.01% of its insurance business and in the taking, by the latter, of 8% of the capital of El Corte Inglés. Operations with which it has raised 1,150 million euros, which it will use in large part to reduce its debt.

Something that, together with the commitment made with Mutua to explore an IPO, shapes the arguments that the company has put on the table to seek that reduction in financial costs.

And on the other hand, the company intends to cancel bond issues, which carry higher costs, with much cheaper bank loans. Bonds issued in 2018 pay a 3% coupon; those placed in 2020, during the pandemic, pay 3.62%. The sources consulted suggest that the idea is to amortize this issue and thus bring the cost of the company’s debt below 3%.

Somehow the market has already digested and priced this situation. The two issues listed on the market do so at around 2.5%. They also have liquidity windows in the coming weeks, for 100.75% and 101% of the nominal, respectively. Investors have been bringing the price of both issues closer to the price set in the issue prospectus that the company must offer, in anticipation that it will launch a repurchase offer soon.

In addition to Mutua’s entry into the capital, El Corte Inglés has the complicity of the rating agencies, which in their latest reviews have shown their confidence in the company’s future.

First it was Moody’s which at the end of January upgraded its outlook from stable to positive. And a few days ago it was Standard & Poor’s (S&P) that made a similar move.

In its report, dated last Tuesday, S&P supports its improvement in that El Corte Inglés “will maintain a solid performance and continue to strengthen its balance sheet through debt reduction”, thanks to the alliance with Mutua. And he points out: “As part of the agreement, we understand that the financial policy of El Corte Inglés will seek investment grade status.”

The market and the company consider these movements as a preliminary step to improve the group’s rating, which is currently at BB+ (for S&P) and Ba1 for Mooyds. In both cases, just below investment grade, the great financial objective of El Corte Inglés.