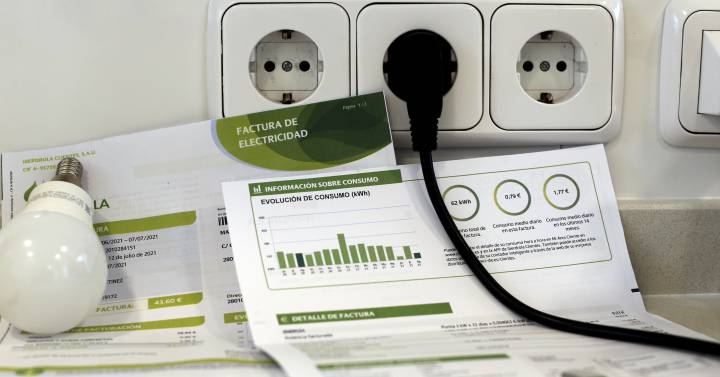 The new regulations for the electricity sector, which greatly softens the snip approved by the Government in September, expands the coverage of the social bond and forces new transparency mechanisms in the sector, will be applicable from tomorrow. The text, approved yesterday by the Council of Ministers, has been published this morning in the Official State Gazette; With the format of a Royal Decree Law, it comes into force the day after its publication, although it must be validated in Congress within a month.

The standard introduces large doses of transparency in the sector, both for the administration and for the customer. Thus, the marketers must detail “the prices applicable to all the offers available at all times” in their energy offers, also forcing them to apply these transparency criteria in their advertising communications.

They must indicate the price applied to both the power and the energy consumed, the periods of validity of the temporary offers and the prices applied when they conclude, as well as possible penalties. “All this information will be provided through all the media in which they are advertised, and in any case on its website, and must also be sent to the National Markets and Competition Commission, according to the criteria established by this , so that all consumers are available through its web tool Energy Offers Comparator “.

This same transparency will also apply to rate changes or contract modifications, which must be announced one month in advance (indicating the effect on the rate in a comparable way) and will allow consumers to terminate their contracts at no cost. Likewise, these obligations will also apply to gas supply companies, whose offers, prices and conditions may be consulted in the CNMC comparator.

For the administration, companies must report all supply contracts or price hedges signed by companies, even if they are intra-group operations. They must also keep “for at least five years, the data on all transactions of electricity supply contracts and derivatives related to electricity signed with wholesale customers and transmission network managers, in accordance with the regulations determine “.

Benefits fallen from the sky

The electricity sector will thus be able to free itself from a large part of the reduction of the so-called benefits that have fallen from the sky, that is, the income received by technologies whose remuneration benefits from the cost of natural gas and the price of carbon dioxide emission rights. , thanks to the fact that the price in the wholesale market is the same for all the technologies, but that the costs of these two supplies do not suffer.

This cut, which the Government initially estimated at 2,600 million euros, was applied to all generation facilities that charge prices around the level set by natural gas. The Government withdrew from the reduction the energy supplied under long-term contracts with third-party customers. With the text published by the BOE; All energy subject to contracts is released from the reduction, even if these are not for supply but for coverage and are signed with trading companies of the same business group. The rule applies to contracts prior to the entry into force of the decree but also to contracts signed with at least one year duration.

The text establishes that it is excluded from the reduction “that energy produced by the electric power generation facilities referred to in article 5 that is covered by some term contracting instrument whose date of celebration is prior to the date of entry in force of the royal decree-law, provided that the hedging price associated with said instruments is fixed “and also” that energy that is covered by some term contracting instrument that, having been entered into after the entry into force of the real Decree-law, include a coverage period equal to or greater than one year and its coverage price is fixed ”.

On the other hand, the rule does not detail price levels, but it does specify the obligation for companies to send a responsible statement on the details of the contracts. When these have a fixed and variable part, only the equivalent energy of the non-indexed part of the contract will be excluded ”.

In the case of contracts that are not linked to a specific installation, “the energy that results from apportioning the net selling position of the corresponding company or business group among the available power of the facilities it owns will be considered as effectively covered” .

The text also establishes an extension of the social bonus for electricity for six months for severely vulnerable and vulnerable consumers. For these two types of consumers, the discount on the PVPC will go from 25% to 60%, in the first case, and from 40% to 70%, in the second. Consumers with low incomes or with special circumstances (such as receiving a minimum pension, being unemployed or included in an ERTE) are considered vulnerable.

Direct aid is also established for heating, cooking and sanitary hot water (the so-called thermal check), which ranges between 25 and 124 euros, depending on the climatic zone, and an average per user of 90 euros.

1.2 million households enjoy the social bonus. The recipients of the electricity social bonus also receive the thermal social bonus. The new check will add an additional 100 million euros to the current one, bringing the total aid to 202.5 million. In this case, the funds come from the State Budgets, while the cost of the electricity bond is assumed by all the marketers. In the case of the vulnerable at risk of social exclusion, who does not pay, there is a contribution from the autonomous communities, responsible for sending the thermal check to whoever corresponds.