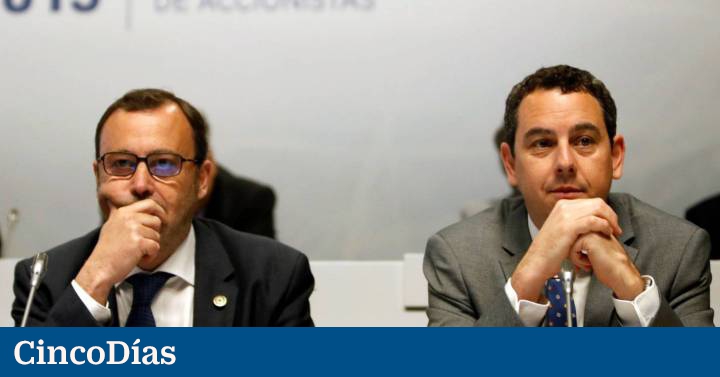 Grifols sees its debt shoot up, an item that previously worried investors, after the purchase of its German rival Biotest and, unexpectedly, since that on Thursday it reformulated the accounts at the request of its auditor KPMG by viewing the deal with the Singapore sovereign wealth fund (GIC) as a liability rather than an equity.

The Catalan laboratory reached an agreement in June with GIC for this fund to inject 830 million euros in exchange for 23.8% of Biomat, the US subsidiary with 300 plasma collection centers, funds that should have been used precisely to lighten the debt. But KPMG believes that the terms of that deal actually make it a liability.

“Since we learned about the structure of GIC taking a stake in Biomat, we have always considered it as off-balance sheet debt, since it contemplated future payments in the form of preferential dividends and the obligation to repurchase the stake in the future at the same price of the sale”, points out Rent 4 in a report yesterday. “What’s more, we have always said that it was another form of debt and even with a higher cost than the average debt of the group”, he adds.

After the reformulation of the accounts, the debt goes from 5,828 million recognized in February to 6,480 million. From Exane BNP, in another report on Friday, it is explained that the debt ratio goes from 6.5 times the EBITDA to 7.5 times, even 8.5 times if the factoring instrument used by the company is considered. In Bestinver point to similar figures, of 7.6 times after acquiring Biotest and even eight times the leverage ratio EBITDA if its commitments with the Scranton firm (controlled by directors of the laboratory and the Grifols family) are taken into account.

Since September, the Catalan multinational had a commitment to reduce the leverage by which it suspended the distribution of the dividend until the liabilities are not below four times the EBITDA and, additionally, it promised not to make other acquisitions beyond that of Biotest .

For this reason, after the reformulation of the balance sheet, the drums sound that perhaps the pharmaceutical company specializing in plasma derivatives needs an injection into capital. “In general, we would not rule out the need for a capital increase,” Bestinver’s analysis ensures. Exane BNP agrees by ensuring that “the risk of a capital increase” can be revived.

Grifols’ initial intention with the money from the Asian sovereign wealth fund was precisely to relieve its debt. “We have never come to share the rationale for this operation, since at the same time that the funds obtained from the sale will serve to reduce the indebtedness on the balance sheet, other payment commitments have been generated,” Renta 4 indicates, “even much more expensive than the same debt that they come to replace”. This change is not expected to affect the liquidity of the group or to affect covenants or the cost of its financing.

The debt relief, in addition to the option of a capital increase, should come to Grifols due to the improvement of the business, which boosts the EBITDA and its results. The company entered into losses in the second half of 2021, after spending two complex years because the pandemic has limited the obtaining of plasma, the raw material to produce blood products.

The purchase of Biotest, recently approved, should also boost EBITDA in the coming years. By 2024, the multinational expects Biotest to contribute 310 million ebitda in 2024, and a turnover of 7,000 million, from 5,340 million last year.

The company, likewise, assures that it will work so that the agreement with GIC is once again considered as capital and not as debt.