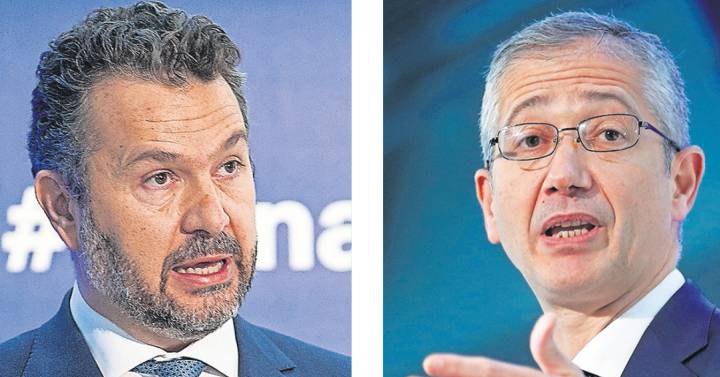 The CNMV sharpens its weapons a little more to prevent fraud. Since the beginning of 2018, it has published a list of warnings from “other entities”, which includes cryptoactive platforms, such as the Chinese Binance, the American Coinbase or the Spanish Bit2Me. The firms on this list are not financial bars, but the supervisor shows a certain mistrust of them. Now, he will modify those notices to differentiate the signatures that appear in the registry of the Bank of Spain for the prevention of money laundering, and those that do not. The latter will be more marked.

The number of entities that appears on the list called “CNMV warnings, list of other entities”, known as the gray list, totals 93. These warnings were first launched four years ago and are a kind of mixed bag. “They are entities that do not have any type of authorization or are registered for any purpose with the CNMV and that could be carrying out some type of fundraising activity or providing a service of a financial nature”, indicates the supervisor in the fine print of the record.

They are notices to navigators, but not of the same intensity as those that appear on the blacklist, that of beach bars. In fact, in the gray one there is a key tagline: “Inclusion in the list does not imply any pronouncement on the conformity or not with the current regulations of the possible activity of the corresponding entities”. On the other hand, the one that includes financial bars includes entities that “could be providing investment services or other activities subject to the supervision of the CNMV without having the necessary authorization to do so.”

The launch of the register for cryptocurrency providers of the Bank of Spain last October has been a milestone. Registration is conditional on the platforms having adequate procedures and bodies for the prevention of money laundering and terrorist financing, as well as compliance with the requirements of commercial and professional integrity.

Once that registry begins to fill with names, the CNMV will modify its own list of warnings. And it will distinguish between those that have the blessing of the Bank of Spain –exclusively with respect to the aforementioned point of the prevention of money laundering– and those that do not, according to sources familiar with the intentions of the supervisor. The platforms that are not even registered with the body directed by Pablo Hernández de Cos will therefore be especially highlighted.

However, having done your homework regarding the prevention of money laundering does not prevent the activity from continuing without having a specific regulatory framework. The European MICA directive (acronym for markets in crypto-assets) will not be applied until at least 2024, so that, unless Spain decides to anticipate this regulation, as Germany and Luxembourg have done in certain matters, they will remain until then in a legal limbo.

The sources consulted indicate that in the reform of the market law scheduled for this year, the draft of which was presented in May 2021, the structural elements will be included so that the Spanish regulatory scheme is ready so that the European regulation can be applied without any delay. The objective is that the last detail can be done through royal decrees, without having to tweak the Securities Market Law.

The latest data from the Bank of Spain registry, as of October 29, reveal that the registry is still empty. Entities that already operated as cryptocurrency providers had until the end of January to request their registration, although the Bank of Spain then has an additional period of three months to resolve the request. Binace announced on January 28 that it has already applied for inclusion in the registry. Platforms that do not register will be fined a maximum of 10 million euros, according to the anti-fraud law published in April last year.

new circle. Cryptocurrency advertising control will start tomorrow. All advertising that refers to crypto assets – excluding utility tokens, which are exchangeable for services, unique non-fungible tokens, which are not exchangeable, and all those crypto assets that are considered financial instruments, such as stocks or bonds, must include the following warning: “Investing in crypto assets is not regulated, may not be suitable for retail investors and the entire amount invested may be lost”. And not just any size will do: it must occupy at least 20% of the advertising space.

massive campaigns. At the same time, advertising aimed at more than 100,000 people must be notified to the CNMV at least 10 days in advance.

Punishments. The fines for breaching the circular will be up to 300,000 euros, the maximum for serious infractions.