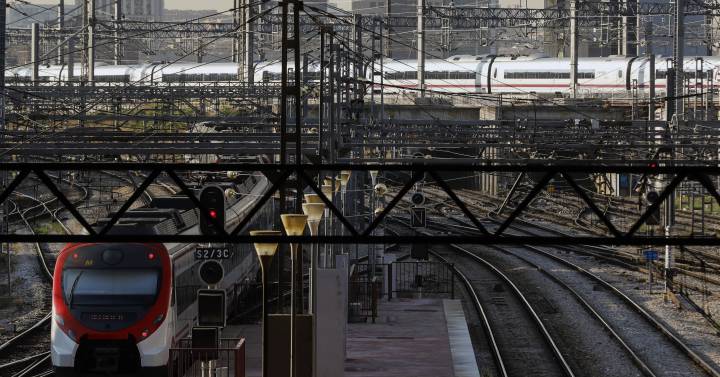 Fiber optics is a very hectic asset in recent times. The administrator of the Spanish railway infrastructures, Adif, already has a network of this type, with 16,000 kilometers that extend along the railway line and that links the main Spanish capitals. In 2014, it ceded the exploitation of this fiber to Red Eléctrica for around 65 million per year. But the CNMC opens a new business area for Adif, ruling that it can allow other telcos to deploy their fiber networks at its facilities. In other words, you have the option of renting their infrastructure to them and thus opening an additional income stream.

The CNMC is in the process of drawing up the definitive guidelines in conflicts over access to physical infrastructures capable of hosting high-speed electronic networks. Its objective is to clarify the formulas for access to areas that can accommodate fiber optics. But, regarding Adif, he has already spoken unequivocally.

The body chaired by Cani Fernández indicates this in a document: “The provision of an access service to the dark fiber network by a third party, Reintel [la filial de fibra óptica de Red Eléctrica], it cannot be considered a viable alternative to access to the physical infrastructure that the obliged subject (Adif) has to make available to electronic communications operators ”.

The CNMC differentiates between access to Adif’s physical infrastructure –in essence, the railway lines– and access to the dark fiber network that Reintel sells. Thus, it concludes that an alternative operator “may be interested – if the deployment is feasible – in proceeding with the laying of its own high-speed electronic communications networks.”

Adif, at the request of a telecom company (Del-Internet) to deploy a network in its infrastructure, argued before the CNMC that Reintel was the firm that exclusively sells the high-speed network that it has surplus There is a part that needs to operate the Rail system. Thus, the supervisor has opened the door for Adif to take advantage of the situation. At the end of last year, the body dependent on the Ministry of Transport announced that Reintel will maintain the rights of use and management over 16,000 kilometers of Adif’s fiber that has been operating since 2014 – the agreement was signed for 20 years – but with certain modifications.

The seven-year contract granted the exploitation of the fiber already deployed by Adif and also of the one that it would install in the future. This last point is the one that has been changed, so that now Adif has the freedom to make and undo with the fiber that it installs itself.

In December 2020, the company now chaired by María Luisa Domínguez announced that it would contact the telecommunications sector to determine the use of this asset and analyze “possible commercial agreements”. The most logical scenario is that a contract for the transfer of use like the one won by Reintel will be tendered again.

The possible income from renting the infrastructure for the deployment of networks of other telecos is another matter. In a way, it would be similar to the agreements that Adif has reached with Ouigo and Ilsa – a consortium formed by Trenitalia and Air Nostrum – so that their trains compete with those of Renfe and use their infrastructure in exchange for a price. In this case, the teleco on duty will have to deploy its fiber in the facilities owned by Adif and will not directly use its available infrastructure. The position of the CNMC is known while the sale by Red Eléctrica of a stake in Reintel of less than 50%. The company chaired by Belén Corredor has hired the services of UBS and Barclays. At the same time, EQT is selling Adamo, and Telefónica has opened the door to a possible partner in its fiber subsidiary.