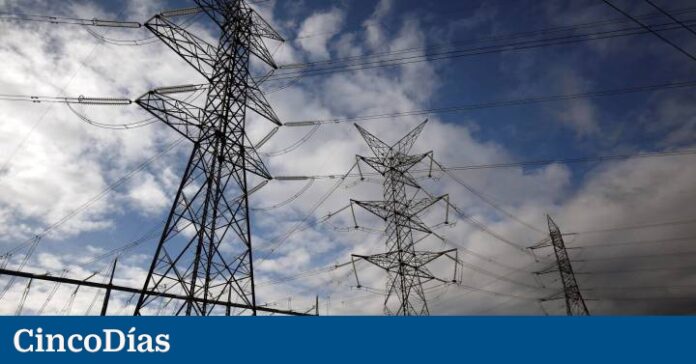 The Official State Gazette (BOE) has published this Tuesday the order of the Ministry for the Ecological Transition and the Demographic Challenge through which the electricity access tolls, the fixed part of the electricity bill, will be extended to starting January 1.

In this way, they will remain until April 1, the date on which the new receipt structure designed by the National Markets and Competition Commission (CNMC) is expected to come into force, which represents a reversal of the current structure and introduces time discrimination at all tolls and involves a revision and simplification of time periods.

“Given the eminently transitory nature of what is established in this order in relation to access tolls, and since they will foreseeably cease to apply on April 1, 2021, it has been chosen to extend the tolls established in the Order TEC / 1258/2019, of December 20 “, states the order.

This extension, as happened last year, incorporates both the tolls themselves, in the hands of the CNMC after the Royal Decree of 2019 that returned to the body control over the configuration of domestic bills and reduced the political influence of the Executive and that They amount to about 7,000 million euros, as the charges – destined to pay to the renewables, the electricity debt or the extrapeninsular ones -, on which the Government decides.

In July, the Competition approved the modification of the circular establishing the methodology for calculating electric tolls. Thus, the transitional period for electricity distribution and marketing companies to adapt to the new tolls was extended by five months, until April 1, 2021.

At first, the last November 1 of this year had been established as the deadline for electricity distribution and commercialization companies to adapt measurement equipment, billing systems and contracts to the new regulation.

The Government began processing a draft Royal Decree regulating the methodology for calculating charges for the electricity system, which was submitted for public consultation in July and is in its final stages of processing. Thus, in April 2021 the methodology for calculating electricity charges must come into force simultaneously with that of the transport and distribution tolls approved by the CNMC.

It also includes a remuneration in 2021 for the Spanish Pole of the Iberian Market Operator (OMI) of 13.12f million euros, which may be increased by a maximum of 2,537 million euros for the costs incurred by the market operator that derive from the project for the development, start-up, operation and management of the joint trading platform for a European intraday market (SIDC).

Meanwhile, it is established that, as of the entry into force of the order, the electric power producers operating in the Iberian electricity market will pay the operator for each of the net or installed power facilities, in the In the case of installations of renewable technologies, cogeneration and waste, greater than one megawatt (MW), a fixed monthly amount of 9.37 euros / MW of available power.

For their part, marketers and direct consumers who participate in the market will pay 0.02657 euros per MWh that appears in the last final hour program of each hour.

In addition, starting next year, the Government intends to lower the electricity bill by 13% in five years after removing the cost of the premiums for renewable energy from the receipt. The Executive has proposed the creation of the National Fund for the Sustainability of the Electricity System (FNSSE).

The FNSSE, still in the draft law phase, will assume the costs associated with the specific remuneration scheme for renewables, cogeneration and waste (Recore), which amount to 7,000 million euros per year. The subjects obliged to finance it will be the marketers of all energy sectors.