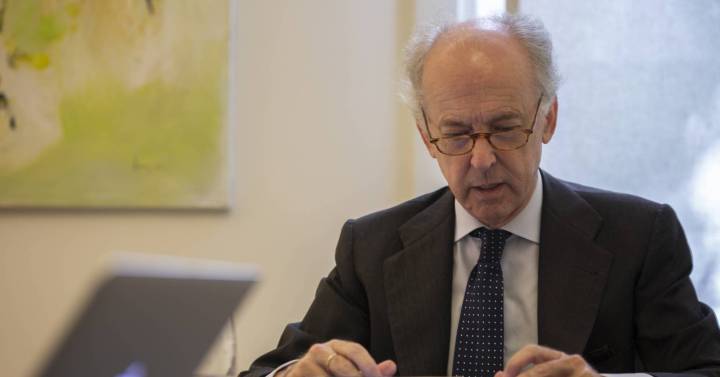 Abengoa’s second shareholders’ summit will be held a month and a half after last October 1, when an in extremis agreement was reached between the top leadership and the parent’s shareholders that opens the door for the firm to be rescued. It will be on Monday 15 or Tuesday 16, depending on the quorum, which at the end of Sunday was slightly above 24%, when at least 25% is needed. For the moment, the current board, chaired by Clemente Fernández, leader of the AbengoaShares receivership (with 21% of the capital), considers that Inversión Corporativa – a company controlled by the Benjumeas – does not have the right to certain information It is the same position as that of the board above, chaired by Juan Pablo López Bravo, according to a document registered on Sunday on the engineering group’s website.

One of the most contentious points of the Abengoa shareholders’ meeting is the vote to request the board to adhere to the criminal complaint filed by Inversión Corporativa (IC) against the previous directors Gonzalo Urquijo Fernández de Araoz, Manuel Castro Aladro, José Luis del Valle Doblado, José Wahnon Levy, Ramón Sotomayor Jáuregui, Pilar Cavero Mestre and Josep Piqué Camps.

The complaint was admitted for processing by the Instruction Court number 8 of Seville on October 16, 2020 and was later expanded in July of this year due to indications that the second rescue, signed in 2019, was part of a preconceived plan that it would have started as early as 2016.

Corporate Investment considers “essential that the shareholders of the Company pronounce on Abengoa’s adherence to the initial complaint and its subsequent extension”. The entity that came to control 51% of the group, now has 1.5%, but has allied with 64 other shareholders and, in total, they add up to more than 3%, which has allowed them to take their request to the Council.

However, the new board, chaired by Clemente Fernández, has decided to align itself with the previous one, so that the answers to the questions from this shareholder are exactly the same as those contributed for the meeting of October 1. It is true that a vote will be taken and that the shareholders, the majority grouped in AbengoaShares, will be the ones who decide what should be done.

However, this eventual adhesion will be difficult to enforce for several reasons, although two stand out, as this newspaper published on October 28. First, that filing that complaint is the authority of the council, and it lacks powers, since it is the bankruptcy administrator who ultimately makes the decisions. And, second, that, if that complaint were to be presented, it could turn against the company itself, as it itself was charged, as this newspaper published on October 28.

The shareholders of Abengoa SA, which was listed until July 14, 2020, when it was suspended from trading by the CNMV, have rebelled from the beginning against the rescue plan agreed in August of that year and which was not executed due to that Andalusia did not inject the promised 20 million.

On October 1, in order to sign the “social peace” required by SEPI to participate in the rescue of the operating subsidiary, Abenewco 1, the former leadership and the shareholders grouped in AbengoaShares reached an agreement to be present all the sensitivities both on the board of the parent company and the subsidiary.

Approval of the 2019 accounts

On the meeting’s agenda there are several points, among which the approval of the accounts corresponding to 2019 stands out, with losses of 487.6 million euros. It is expected that, this time, the shareholders of Abengoa SA will give them the green light and pave the way for the rescue.

Clemente Fernández, José Alfonso Murat Moreno, also linked to AbengoaShares, and Cristina Vidal Otero will be submitted to the board for ratification, or not, as directors. The objective is to also approve the accounts for 2019, with losses of 487.6 million euros. On October 1, Juan Pablo López-Bravo resigned as president of the parent company.

This meeting is necessary for the rescue of the operating subsidiary, Abenewco 1, but there is still a long way to go. In an interview published last Friday by Five days, Terramar Managing Partner Joshua Phillips, opened the door to offer Abengoa SA shareholders an instrument to participate in the rescue and anticipated that they have already spoken with the creditors.