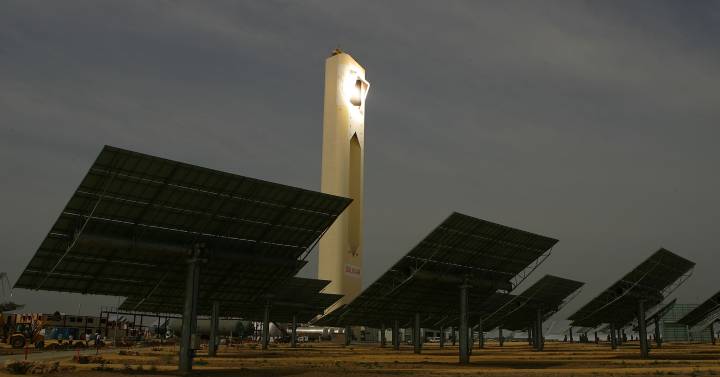 One of the keys to the rescue of Abengoa, and it comes from afar, is in the minority shareholders. Grouped under AbengoaShares, with 21%, and piloted by Clemente Fernández, current president, they have demanded a formula that allows them to recover their investment. Terramar plans a mechanism for them to participate in the rescue of the operating subsidiary, Abenewco 1, explains Joshua Phillips, managing partner of the fund, which offers 200 million to keep 70%.

The head of Terramar, based in California, is conciliatory with all the parties involved in the rescue of Abengoa, which has a workforce of more than 11,000 employees worldwide and about 2,500 in Spain. Phillips points out in an interview with Five days that his team has spent months working with creditors, with managers and with the top leadership to offer a solution that is fair, that allows to maintain employment and that does not pose the division of the company. “It has never been part of our plan,” he says. He defends that his objective is to refloat the company, as he has tried in the dozen operations that he has closed since the creation of the firm in 2016.

The minority demands have been constant. In the initial rescue plan agreed in August 2020, they were offered 2.7% of Abenewco 1, but this roadmap failed due to the failure of the Junta de Andalucía, which had committed 20 million. Financial creditors got tired and last February triggered Abengoa SA to go into bankruptcy.

The mission since then has been to try a formula to save the business, transferred to Abenewco 1. AbengoaShares has tried to find alternatives to the Terramar offer. But On October 1, the leadership and the association reached an agreement that has allowed Clemente Fernández to be the president of the company and that people linked to the group sit on the board, both the parent company and the subsidiary, for the sake of the “social peace” requested by SEPI so that it can intervene with the injection of 249 million through its rescue fund. Your participation, as well as that of Cesce, for the shielding of guarantees for 300 million, is essential.

“Time is running out, the business is hanging by a thread,” says Phillips, who recalls that Terramar has made a liquidity package for Abengoa available for 60 million as a step prior to the approval of the rescue. “We have spent a significant amount of time with the company’s main creditors and we are working with them to implement the solution,” adds the manager.

Regarding the minority, the head of Terramar assures that he has not exchanged a word with them. Although it rules out Abengoa SA keeping a stake in Abenewco 1 and also rejects free compensation for shareholders, it does open the door for them to participate in the rescue, although it clarifies that TerraMar has not yet adopted a formal position.

Regarding SEPI, the head of Terramar has communicated with the public body in writing, although he hopes to hold a meeting in person with representatives of the public body. For now, next Monday the 15th in the first call or on Tuesday the 16th in the second, the shareholders’ meeting will be held in which the agreement reached between the leadership and AbengoaShares must be sealed.

Phillips’ message to the squad is one of calm. “We hope not only to maintain employment, but to grow, we are not only financial investors, we also focus on the growth of the company. If we are successful, which I hope we will, we will create more job opportunities than there are today at Abengoa ”.