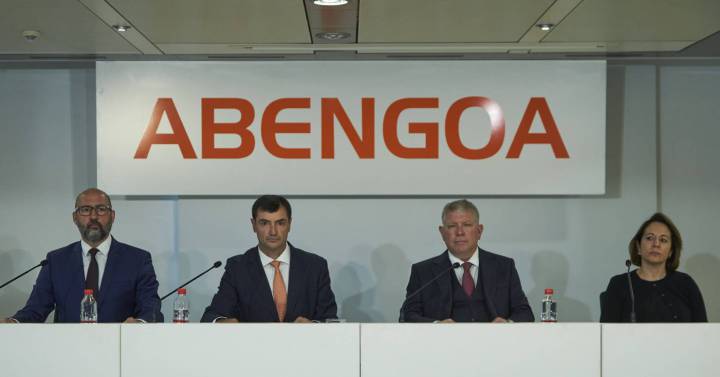 Abengoa begins to take firm steps towards the rescue of Terramar, which offers 200 million euros in capital and loans. The board of directors, chaired by Clemente Fernández, has authorized “the initiation of the necessary procedures to request the consent of financial creditors,” at the same time that the California-based fund allows the parent’s shareholders to participate in their same conditions. In addition, it grants certain economic rights to Abengoa SA, in bankruptcy, and sets a deadline for the offer: December 31, 2021.

Time is ticking, and Abengoa’s dome is moving. The only binding offer to save the group, with some 11,000 employees, some 2,500 of them in Spain, is that of Terramar, which offers 140 million in loans and another 60 million in the form of capital. The president of the parent company, Clemente Fernández, also the leader of the minority platform AbengoaShares, with 21% of the company, has always preferred an alternative solution. But at their meeting this Wednesday, important steps have been taken.

The company has communicated to the CNMV that “it has agreed to authorize the initiation of the necessary procedures to request the consent of financial creditors, without prejudice to the fact that, in the interests of Abenewco 1 and its operating group as well as the rest of the stakeholders involved, any other binding offer that could be presented in a timely manner may be analyzed “.

The rescue proposal is also modified, and at this point the possibility that Abengoa shareholders participate with Terramar in the rescue stands out, as anticipated by the managing partner of the fund, Joshua Philipps, in an interview published by CincoDías on November 12.

The proposal also eliminates interim funding, which will be replaced by long-term funding. Now there is no time, but last July Terramar 1 raised a financing of 60 million, in two phases (35 million euros available at the initial moment and expandable by an additional 25 million) in the form of a loan and would have an advance of a line of guarantees for an initial amount of 60 million euros with the Cesce guarantee, in two phases (40 million euros available initially and an additional 20 million later).

Terramar also offers certain economic rights to Abengoa, which has been in bankruptcy since last February, as requested by the insolvency administrator, according to CincoDías published on May 19. The possibility that Abengoa SA retained a valuable part of the subsidiary was also raised, in the image and likeness of what happens with Pescanova and Nueva Pescanova, although the sources consulted indicate that this is not the scenario proposed by Terramar.

The plan drawn up by the former president of Abengoa, Gonzalo Urquijo, granted the parent company 2.7% of Abenewco 1. The possibility was even raised that the current Abengoa shareholders would retain rights to participate in the eventual economic recovery of Abengoa. Abenewco 1, as agreed by Marcos de Quinto.

Abengoa also points out that the request for support presented on March 17, 2021 before the SEPI, from which it requests 249 million for its subsidiary, is still being processed.