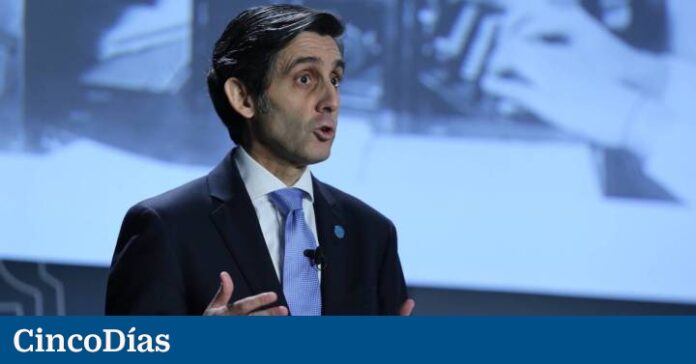 Telefónica has exceeded technology deployment targets 5G in Spain that had been marked for 2020, since, as of December the operator has already covered more than 1,200 populations with the new mobile technology, which means giving coverage to 76% of the population of the country, as reported by the company in a statement.

Telefónica remarks that the implementation of the 5G network in the past September was a commitment that he made “with society and with the digitization of the country “, within its ‘Digital Pact’, and recalls what their goal was to close the year with 75% coverage of the population and 921 populations connected throughout Spain, figures that have already been exceeded.

The company details that with the installation of more than 4,000 nodes, currently cover populations of very different sizes, from the largest with more than 250,000 inhabitants, even the smallest of less than 1,000, “even some with less than 150 inhabitants.” Specifically, it points out that have access to Telefónica’s 5G network all provincial capitals, the main Spanish cities and small populations of all the autonomous communities such as Navatejares (Ávila), with 55 inhabitants according to 2019 INE data, or Savallá del Comtat (Tarragona), with 58 inhabitants.

In this first phase of deployment, the company is working with the latest radio generations that allow dual 4G and 5G use with the objective of bringing the new technology “to the maximum population from the first moment “.

Specifically, it uses a technology that combines 5G NSA deployment (Non Stand Alone) y DSS (Dynamic Spectrum Sharing) para desplegar immediately after the 5G SA network (Stand Alone), when the technology is fully available after standardization. This initial deployment is making use of the sites and current infrastructure and, in the medium and long term, it will be complemented with new base stations and ‘small cells’, depending on capacity or coverage they require it.

For it, 3.5 Ghz bands are being used, only band 5G already licensed to operators, and the middle bands (1800 – 2100 MHz), where 4G currently operates, taking advantage of the possibility of using equipment NR (New Radio) that can work on both technologies at the same time.

The new deployments will be accompanied by a gradual off of the old second and third generation networks, which will match the replacement of 100% of the copper network by fiber before 2025, when the 3G shutdown will also finish. “This will allow a management more efficient investment, since it will not be necessary to increase them to address new deployments, “he adds.

Advances in other markets

On the other hand, Telefónica also highlights the progress made by the company in other of its main markets, such as Germany, where joint venture with Allianz For the deployment of fiber optics through a wholesale platform, it has obtained authorization from the European Commission (EC) through an abbreviated procedure.

In this way, the new company, called Unsere Grüne Glasfaser (UGG), is already operational to begin to deploy a fiber network of 50,000 kilometers in rural and semi-rural areas of Germany, with the aim of exceeding the two million homes passed in the next
five years.

On the other hand, he points out that this Monday The judicial auction of the mobile telephony assets of Grupo Oi in Brazil was resolved, in which Telefónica, together with its partners TIM and Claro, has managed to gain control of them for a total of 16,500 million Brazilian reais (approximately 2,684 million euros). “Telefónica Brazil thus manages to reinforce its leadership in a market in which it already has more than 77 million customers and to leverage its commitment to the country, one of the four key geographies for Telefónica”, he adds.

Likewise, he points out that to this is added the acceleration of the process merger of the UK subsidiaries of Telefónica and Liberty Global, O2 y Virgin, after the Competition and Markets Authority of the United Kingdom (CMA, for its acronym in English) accepted last week the companies’ request to go directly to phase two of the process. ”

“We continue to execute our strategic plan. This year has been challenging, but Telefónica has not stopped. We have fulfilled both in Germany and in the United Kingdom, Brazil and Spain “, has remarked that the executive president of Telefónica, José María Álvarez-Pallete, who highlighted the commitment to “contribute decisively” to the digitization of Spain.

Álvarez-Pallete has assured that the company will continue to comply with its commitments to the Digital Pact, “not only in 5G, but also in the extension of fiber in millions of rural populations in Spain or Germany. “” With all this we show, once again, that we are leading the path towards connectivity and digitization for all, sustainable and inclusive and that will make our world more humane, “he stressed.