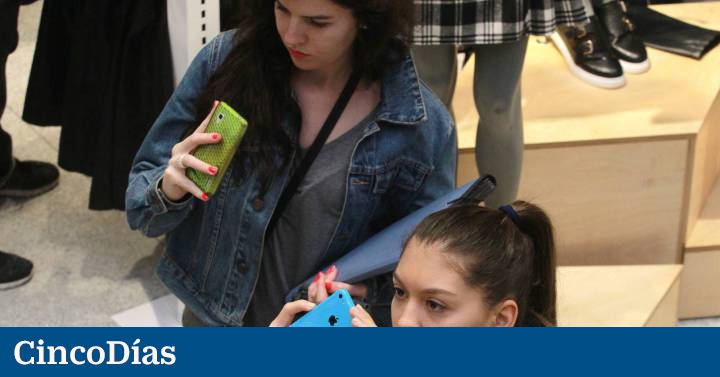 Telecommunications operators in Spain are earning around 1,000 million euros less per year due to the enormous competition in the sector, which will make it difficult to start up the 5G investment cycle, according to a report on the telecoms sector by the consulting firm Oliver Wyman presented today.

“In Spain there is a situation of hypercompetitiveness that is deteriorating the turnover of all operators. They are losing 1,000 million a year in the last two or three years, and this in a context in which the intensity of investments only grows , promoted above all by 5G and the increasing demand for network quality. All this makes us fear that the sector will have problems financing the deployment of 5G with acceptable returns for its shareholders and that this money could go elsewhere, ” Augusto Baena and Pilar de Arriba, partners of the consulting firm, have pointed out.

In Spain, the capital ratio (capex) has an intensity of between 13% and 15%, “with questionable returns” despite the growth of infrastructures that increase the efficiency of capital. For this reason, “it is questionable how 5G will be financed,” warns the consultancy, which points to a consolidation of the sector as part of this solution, for which they ask for a regulatory effort.

“The sector has had a certain need for consolidation that has been held back by the fear of remedies or safeguards against competition that the regulator in Spain and Europe may impose and this has perhaps slowed down the fact of consolidation,” he pointed out. Baena, who has defended the need to define a framework that protects consumers, but that allows a certain degree of consolidation so that the sector is better prepared to face the investments that are needed.

According to partners at Oliver Wyman, the importance of this investment in infrastructure by operators being profitable is not only related to the future of companies in the sector and their shareholders who seek to make money, but also to the multiplier effect that these investments have in all industries.

For this reason, in addition to requesting that there be no “excessively zealous regulation of consolidation” in the sector, Baena has assured that it would be positive if the regulatory framework for telecoms were reordered, since many regulations remain in fields that now also affect other tech giants.

Despite the hypercompetition, the report highlights the privileged position in the fixed connectivity market of the Spanish market with one of the largest fiber optic deployments to the home (FTTH) in the world, with 70.5 million accesses.

It also highlights that Spain is the country in Europe in which there is a greater penetration of the convergent offer, since 87% of households have a package that combines several services (mobile, internet and television). A commercial strategy that, as they have explained, is not exclusive to the large telecoms (which use it with both their first and second brands) but also of virtual operators.

Regarding consumer preferences, the study shows that the aspect they value most when choosing an operator is the quality of service, due to the fact that people have more and more connected devices. Spain ranks second with 8.3 devices per household, only behind the United Kingdom (8.4). De Arriba, however, has highlighted that with the pandemic the element of quality has receded, with price becoming more important, “surely because the consumer assumes that they are badly given.”

The Spaniards also claim improvements in customer service to operators and better latencies due to the increasingly intensive use of devices such as consoles to play on streaming. The report also reveals that Spain is the country where there is less transparency and control over the amount of the bill and consumption, “surely due to the fact that the all-in-one packages do not offer price flexibility”.

Another piece of information that the study shows is that operators are the second entities, behind banks, in which consumers trust the most to safeguard and protect their personal data. “This reputational improvement of telecoms may have to do with the fact that the sector has responded well during the pandemic and has been key to teleworking and entertaining yourself online.”