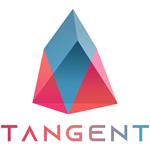 Stockholm, May 11, 2022 (GLOBE NEWSWIRE) — Tangent, a new cryptocurrency project launching on the Cardano blockchain in 2022 is quickly experiencing impressive growth and traction that is ultimately catching the attention of major news outlets, whilst receiving multiple endorsements from influential blockchain enthusiasts. The team have recently released the project’s highly-anticipated website & whitepaper concurrently. A whitepaper is a document released by a crypto project that gives prospective investors technical information regarding its conceptualization, backing and future plans detailing how it expects to grow and succeed. The project raised questions initially for not releasing a website or whitepaper but rather focusing on social media channels to gain momentum. In a world where there seems to be multiple crypto projects launching each day, most of which can be considered questionable at best, alternative means for project growth have to be investigated. Fast-forward a few weeks and the Tangent website and whitepaper have now been released to the public and are causing quite a stir within the Cardano community.

During previous interviews, Ben Gordon, one of the co-founders of the Tangent team, was asked why the project had chosen to launch via social media first, he responded, “We really set out to shake up the blockchain space on Cardano and disrupt history. We had a game-plan before launching that included our approach to both the technology and marketing. To be honest we just didn’t have our thoughts completely documented into a format that would be considered available to the public at that time. If anything, our somewhat sizable growth further delayed the release of our whitepaper (and Discord server!), because, with such a backing through our private seed sale, we knew we could not disappoint, and therefore took extra time and effort when constructing out 2 x W’s; website & whitepaper. We feel both delivered much more than anyone was expecting, including some of our employees! If truth be told, we’re very happy with the overall outcome”

The Tangent whitepaper, a robust 24-page document that certainly does not lack detail, touches upon everything from Tangent’s economics (tokenomics) to their implementation of a grants programme to support emerging digital artists within the industry. Essentially, Tangent will be a permissionless platform where investors, artists and all other parties can stake, receive rewards and experiment with groundbreaking NFTs seamlessly, in a safe and sustainable manner on the Cardano blockchain. Furthermore Tangent will be a governance token, giving holders the ability to participate directly in the governance of the ecosystem by voting on proposals related to development and usage of the Tangent platform itself. Any proposal that meets the proposal thresholds set by the governance protocol will be eligible to be voted on by the community.

That all sounds great, but is there any real use for the tokens? Yes. Tangent will also have real-life utility by allowing users to monetize their virtual assets and access new financial services through the creation of new asset classes of yield generating NFTs backed by in-game and real world assets, such as minority shares in property based in Japan through the purchase of certain NFTs. Cool, right?

The website itself goes into detail regarding how holders will be able to stake both their NFTs & Tangent tokens through their Dapp. This means locking up a portion of their tokens and one or multiple NFTs for a period of time as a way to accrue additional value on their holdings. The more tokens & NFTs, the greater the rewards. Staking was noted as one of “the most beneficial actions for all participants.” remarks Clint Alexander, co-founder, who conducted face to face feedback sessions with a number of the seed-sale participants. He added “it is our plan to develop Tangent into a DAO-governed model or a Decentralized Autonomous Organization, which would further give our holders and community the key decision-making or voting rights to drive the organization forward”.

In short, the release of Tangents whitepaper and website did not disappoint. Compared to the plethora of alt-coins in the marketplace, Tangent delivered something that can certainly be considered top-tier in terms of aesthetics and content. It’s filled with cutting-edge technology, a long-term vision, and most importantly clarity on how the project will be implemented and when. Throughout the whitepaper the team provides explanations of technical terminology thus encompassing a greater audience whilst making it digestible to both newbies and experienced blockchain investors. After reading their whitepaper and working your way through their website, one can understand why something with such creativity could not be rushed. The Tangent team has set some sizable goals and certainly has a long but exciting road ahead. However if they can pull off what is outlined in their whitepaper, with the support and backing of the Cardano community, they surely are going to be a force to be reckoned with on their blockchain of choice. Check out their two-W’s and keep a keen eye on this project as it develops.

Users can find a link to the Tangent whitepaper directly on their website or by clicking the relevant link below: