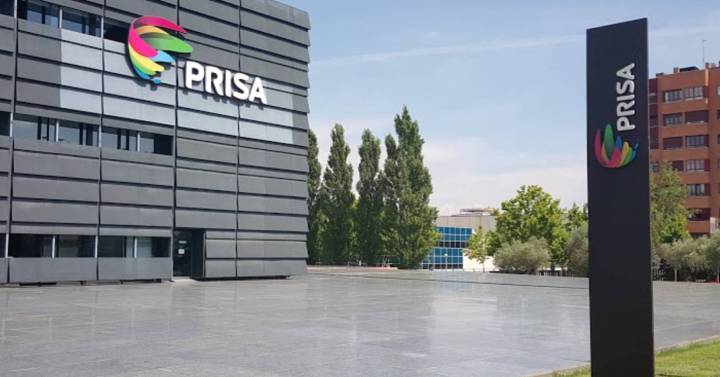 Spotify, the world’s largest streaming audio company, and PRISA Audio, the transversal platform that integrates all of PRISA’s non-linear audio content, have reached an agreement to produce and distribute three podcasts that will be launched throughout the March: Fourth Millennium, presented by the ‘influencers’ Andrea Compton and Lalachus; Inside, directed by Manuel Burque, and Tell him to get off, by Quique Peinado.

These new podcasts will become part of Spotify’s original podcast catalog and will be produced by PRISA Audio. This synergy between Spotify and PRISA Audio is added to the recent agreement signed between the companies to give birth to the First Edition of the Ondas Globales Podcast Awards, the awards organized by PRISA Audio and Cadena SER, which have the collaboration of Spotify.

The awards ceremony for the world of podcasting will be held in Malaga on May 24 at the Teatro del Soho CaixaBank. “Hand in hand with Spotify Spain, we started, through Podium Studios, a production line with some of the creators with the most projection for audio.

This collaboration between Spotify and PRISA Audio positions us as one of the main audio producers in Spanish and reinforces our interest in collaborating with the best partners to strengthen the podcasting industry”, says María Jesús Espinosa de los Monteros, CEO of PRISA Audio. . “For us it is a privilege to have ‘partners’ such as PRISA Audio in Spain. A bet that reaffirms our commitment to offer users the best audio experience and local catalog from the best talent, such as Andrea Compton, Lalachus, Manuel Burque and Quique Peinado. Now we will be able to enjoy them and their ability to tell unique stories in the exciting world of the podcast”, declares Eduardo Alonso, Head of Studios for Southern and Eastern Europe at Spotify.

The three new original podcasts that will premiere on Spotify during the month of March are: Cuarto Milenial, the new video podcast by Andrea Compton and Lalachus Cuarto Milenial is the podcast presented by content creators Andrea Compton and Lalachus that will be released on next March 9th on Spotify. With a lot of humor and references to the 90s and 2000s, they will talk about music, movies, magazines and games that will transport listeners to their childhood and adolescence.

Cuarto Milenial will be the first video podcast to be released by Spotify in Spain. Thus, we will not only be able to listen but also see exceptional guests on the platform. Jedet, the singer and actress who has given life to characters like Cristina Ortiz in the series ‘Veneno’, will be the first visitor to Andrea and Lalachus’ millennial room. And on Wednesdays, every fortnight, all Spotify users will be able to enjoy a new installment from a new special guest.

Dentrísimo is the podcast presented by Manuel Burque -actor, comedian, screenwriter and presenter- that will premiere on Spotify on March 17. In each episode, Manuel Burque, along with a special guest, will reveal to listeners the deepest obsessions that surround our society. Coffee, food, sports, and travel are just a few that will be covered. However, the first chapter of Dentrísimo, which will have presenter and humorist Miguel Maldonado as a guest, will deal with a somewhat peculiar obsession: plants. And on Thursdays, every fortnight, all users will be able to enjoy a new episode, as well as discover a new obsession.

Tell him to get off is the interview podcast directed by the journalist and presenter Quique Peinado, which will be released on March 24 on Spotify. This new original podcast was born with the premise that, to meet the people we think we know, or to know why they are the way they are, you have to go back to childhood. To the place and time where it all began. For this reason, Quique will speak at length in this podcast with various personalities who came far starting from very low. A talk about origins that starts, like everything in childhood, with a ring on the telephone and a request to whoever picked it up: “Tell him to come down.”

In the first chapter of Tell him to get off, Quique Peinado will speak with Jordi Évole, with whom he shares a profession. Both will chat about their class consciousness and how not to stop being one despite achieving fame. And on Thursdays, every fortnight, all Spotify users will be able to listen to a new installment in the company of a new guest. Tell him to get off, Cuarto Milenial and Dentrísimo are added to the catalog of more than 3.6 million podcasts that Spotify has globally.

According to the report on podcast consumption habits in Spain by Spotify in 2021, the podcast already conquers 51% of Spaniards, with 33% loyal to this format. The new podcasts are produced by PRISA Audio, the transversal platform that integrates all the non-linear audio content of PRISA (EL PAÍS, AS, Cadena SER, Cadena DIAL and LOS40) and the stations in Latin America (W Radio, Caracol Radio and ADN Chile), in addition to Podium Podcast, among others. PRISA Audio is now the world’s leading producer of audio in Spanish with 412 million downloads and around 800 million hours of listening.