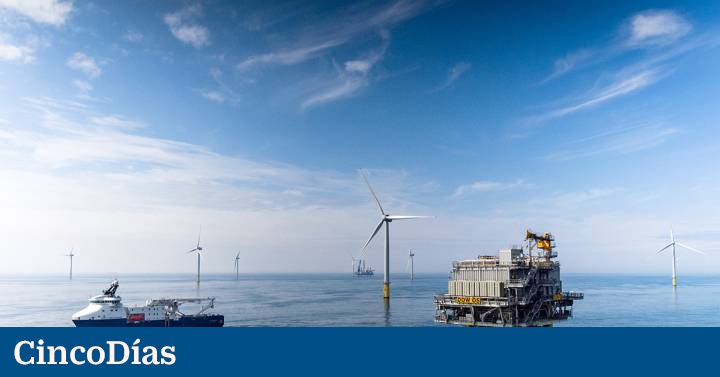 The roadmap for marine or offshore wind energy to take off in Spain has been designed and approved by the Ministry for the Ecological Transition since December. A program, well received by the sector, environmentalists and tourism, but pending “the Maritime Space Planning Plans (POEM), the updating of the regulations, totally out of date and, logically, the call for auctions so that the companies tender the projects”, summarizes Juan Virgilio Márquez, general director of the Wind Energy Business Association (AEE).

A sector that “began just a decade ago with fixed foundation technology, the most widespread in the world and without a path in Spain”, recalls Márquez. One of the reasons is that the installation of this type of wind farm requires shallow water, which is not the case on the Spanish coast.

In these ten years, floating offshore wind power has been developed a lot, “much more versatile, flexible and competitive”, highlights Márquez, for which Spain is betting. It is a technology where the companies of our country are at the forefront and have a leading role, as well as our shipyards. They build and ship components and platforms all over the world.

“It is curious that Spain is one of the first manufacturers and that it has developed more of its own technologies in floating solutions, and all this without a single tender in your own country,” says Pedro Mayorga, executive director of EnerOcean, pioneers in the development of a semi-submersible platform that they test in the Canary Islands.

The Canary Islands will host the first park pilot projects

The Government calculates between 500 and 1,000 million the investment needs to enhance the port infrastructure, and another 200 million in aid for R&D until 2023. “We need greater visibility on the marine areas subject to competition, the volumes of wind power to be developed and their estimated dates”, claims Manuel Fernández García del Campo, project and business director of Ocean Winds.

Within the framework of the energy transition and with a view to 2030, the objective is to reach between 1 and 3 gigawatts (GW) of floating offshore wind power and up to 60 MW of other energy from the sea such as that of waves or tides.

Offshore wind is a key technology in the EU, where it will grow from the current 12 GW to 60 in 2030, according to European Commission plans.

With 6,000 kilometers of coastline with hardly any continental shelf and great depths very close to the beaches, a very powerful naval industry with large companies specializing in the construction of wind energy components, naval workshops and large engineering firms, and the road map, our country has All the wind in favor on the high seas to consolidate itself as “an international hub for the manufacture and development of floating offshore wind technology, already being the first developer of prototypes in the world”, they point out from the AEE. “It is necessary to emphasize the high capacity of the Spanish wind and naval sector, which encompasses the entire supply chain,” emphasizes Márquez.

gigawatts is the maximum objective to be achieved in Spain –the minimum is 1 GW– of floating offshore wind power and up to 60 MW in other energies from the sea within the framework of the energy transition and by 2030.

million euros will enable the Government in aid for R & D & I until 2023 and estimates between 500 and 1,000 million the investment needs to enhance port infrastructures.

A league in which multinationals such as Iberdrola, Repsol, Siemens Gamesa or Ocean Winds (EDP Renovables and Engie) play and in which other smaller ones such as EnerOcean or X1 Wind have a prominent role. In the best of cases, the first floating offshore wind farm in Spain will not be a reality before 2028.

In the sector they justify the reluctance of environmentalists and the tourism industry “in the noise caused by speculative projects without any sense: no auction has been called and without them there can be no projects.”

In the opinion of Daniel López Marijuán, head of the energy area at Ecologistas en Acción Andalucía, and awaiting the POEMs, the advantages of floating offshore wind power “are all, the profitability is much greater than on land, although it is more expensive to implement, the efficiency is very high and when the installation has completed its useful life cycle, when it is dismantled it does not leave an ecological footprint”.

The roadmap “is reasonable and positive as long as the environment is respected and the landscape impact, the impact on cetaceans and other fauna or fishing areas are resolved; endogenous resources are used, of our own technology, which we have, and local employment is generated, ”he concludes.

Due to the characteristics of our coastline, the wind farms are located 20-30 miles out to sea, and at this distance and with the curvature of the Earth they are barely visible from the beach.

Galicia and the Spanish northwest, Catalonia, Andalusia and, above all, the Canary Islands are the coastal communities that have the most potential for the development of floating offshore wind. On the islands and, specifically, at the Plocan test center (Canary Islands Oceanic Platform), X1 Wind is testing PivotBuoy, “a first prototype of highly innovative technology,” says Alex Raventós, the company’s CEO.

“The platform passively orients itself with the wind, as a ship that lurches (circular turns that the ship makes around its anchor while at anchor) would with the breeze, so that it is always in a more optimal position and we can redesign the structure, greatly reducing the weight and cost associated with it, which implies economic and environmental benefits”, he specifies.

What is it? Offshore wind is a renewable energy that uses the potential of the wind that is generated on the high seas.

Technologies. Two technologies are distinguished in offshore wind: fixed and floating foundations. The use of one or the other depends on the properties of the terrain and, above all, on the depth of the emplacement.

Fixed foundation. The wind turbines are anchored to the seabed and are used for depths of up to 50-60 meters.

Floating. Wind turbines are made up of a floating platform anchored to the seabed by catenaries or tensors.

Leaders. Europe, the United States and Japan are the innovation leaders in floating offshore wind. Spain occupies a leading position, being the country with the highest number of developed technologies (9 out of 34 at the beginning of 2021).

Data. Wind energy is already the main source of electricity generation in Spain and the first technology in the electricity system in our country, both in installed power, with 27,446 MW, and in generation, with more than 23% of production; it contributes 0.3% of GDP and exports 1,748.6 million euros, according to data from the Wind Energy Business Association.

Sales. Spain is the third largest exporter of wind turbines in the world and has more than 250 industrial centers that enhance its role in the value chain of the wind industry and its technological development.