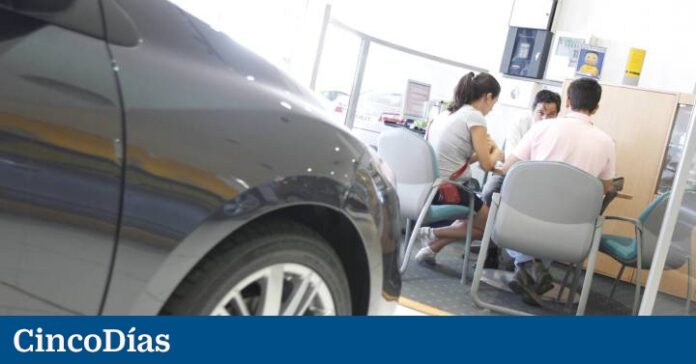 Spain will be the only one of the big five car markets in Europe that will not modify the registration tax so that there is no increase in the tax as of January 1 with the entry into force of the new cycle of homologation of consumption and emissions WLTP.

Germany does not directly apply this tax and France and Portugal have already updated the sections and Italy has been the last country in the ‘top 5′ of European car sales markets to do so. The Italian Executive has decided to increase the sections of this tax by about 20%, so that from next year the vehicles sold in the trans-Alpine country that emit between 191 and 210 grams of CO2 will pay 1,100 euros for the tax, while that with the NEDC regulation this amount was paid by models with emissions of between 161 and 175 grams of CO2 per kilometer traveled.

The second section, which is penalized with 1,600 euros, will be paid by vehicles with between 211 and 240 grams of CO2. In addition, as of January 1, Italians will pay 2,000 euros if they choose a car that emits between 241 and 290 grams, and 2,500 euros if it exceeds these emissions. The measure will be articulated through an amendment to the Italian budgets for 2021.

“This that Italy is now introducing is what, from the sector, we are requesting for the Spanish registration tax given the strong weakness of demand and the critical situation of the market and production in the face of the economic crisis that is impacting our country and all of Europe. ”, Underline from the employers’ association of manufacturers in Spain, Anfac.

The sector has regretted the Government’s refusal to postpone the adaptation of the registration tax to the new WLTP emissions regulations, although it does not lose hope that it will finally be done given the low sales forecasts for next year, with some 900,000 registrations .

Depending on the sector, cars will become more expensive on average about 800 euros from January. A source from the Ministry of Industry, Commerce and Tourism assures that the idea of ​​using the surplus of the Scrappage scheme to offset the increased tax.

The Congress of Deputies, with the votes against the PSOE, Podemos, ERC, Más País and Bildu, rejected at the beginning of the month an amendment to the draft General State Budget (PGE) for 2021 that sought to modify the registration tax for that the new European WLTP emission regulations had no “fiscal impact”.

Thus, the sector warns of the “serious risk” that the increase in the registration tax will pose for the industry from January, in a context of the second wave of the coronavirus pandemic and the associated “serious economic and social crisis”.