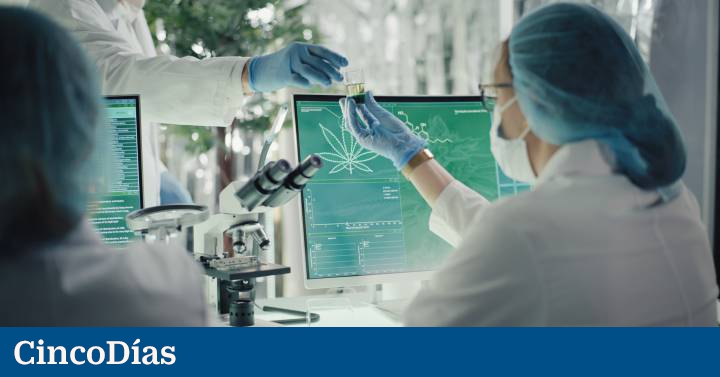 Cannabis yes, cannabis no… The debate on its legalization has reached Spain, the European country that, together with France, consumes it the most. According to Survey on alcohol and other drugs in Spain (ages) of the Ministry of Health, some 3.2 million Spaniards between the ages of 15 and 74 use this product frequently (at least 20 days a month).

Are we talking about medicinal or recreational use? Here arises the first great stumbling block of both social and political discussion which, in turn, implies other divergences: regulate it by law or regulation? of the two main cannabinoids, what percentages to allow? Tetrahydrocannabidol (THC, the psychoactive component) or cannabidiol (CBD, plus antipsychotic and anti-inflammatory)? Nuances that confuse if the small print is not well known.

This second element is what we find in Epidyolex, a drug to treat epilepsy that is already marketed in Spanish pharmacies since the approval of its financing by the National Health System last September.

Sativex is the other drug with cannabis extract that is allowed for sale “to alleviate symptoms in adult patients with moderate or severe spasticity due to multiple sclerosis. It was approved after providing positive data from multiple studies and clinical trials”, explain sources from the Almirall pharmaceutical company.

49.7% of Spaniards are in favor of legalizing recreational use, according to the CIS

In both cases the manufacturer is GW Pharmaceuticals, a company with British capital. In 2018, the United Kingdom approved a law to prescribe medicines derived from marijuana in three specific treatments, including the two mentioned. However, there are more countries in which legalization processes have been undertaken since 2010, in a controlled manner and by prescription, especially for medical purposes. Far ahead of the debate that the UN Commission on Narcotic Drugs opened in 2020.

In Spain, where the Spanish Agency for Medicines and Health Products (AEMPS) has registered 19 authorizations for both research and production-manufacturing of cannabis derivatives, 2021 has been a decisive year.

Last April, the Center for Sociological Research (CIS) again collected the opinion on the legalization of marijuana. In the survey, 49.7% of the population was in favor of allowing controlled sale, a percentage that rose to 90.1% if medical use was considered.

“The social consensus is evident and must be translated into momentum. Of course, distinguishing very well between using marijuana for pleasure or doing it out of sheer necessity, when other medical solutions no longer work, as is the case with me and that of more than 300,000 patients right now”, details Carola Pérez, president of the Spanish Observatory of Medicinal Cannabis (OECM). The president of the OECM is not worth “the hackneyed excuse” that there is no scientific evidence to regularize its use. “There are 47 countries that have done it and the UN recognized its usefulness in 2020.”

The UN recognized in 2020 the medicinal usefulness of cannabis

Then, in the fall, there was a regulatory outbreak in Congress. In the same week, the proposals of Más País and ERC arrived and that of United We Can was announced. Before, at the hands of the PNV, the creation of a subcommission had been approved in the Health Commission of the Congress of Deputies to study the experience of other countries with medicinal cannabis and propose that it be regulated in Spain. “Just yesterday it started its activity”, assures the socialist deputy Daniel Viondi, insisting on “the need not to mix the two parallel debates that take place, because no matter how much recreational consumption is softened, it has nothing to do with medicinal consumption, which is the one that concerns us”.

From the European Observatory of Consumption and Cultivation of Cannabis they defend legislating both aspects. Hugo Madera, its president, maintains that “making a regulation, as it seems to be proposed, on an outdated law will only benefit the pharmacies.” At the moment, entrepreneurs, investment funds, Torreal, and firms such as Uriach and Almirall are already leading the movement to conquer the new market for this product to be exploited.

CannabisHub. The first in Europe is a joint initiative of the Polytechnic University of Catalonia, Barcelona Tech (UPC) and the company Valenveras, “to unite the agents of the entire value chain of the cannabis sector, a historically underground plant, but with a enormous potential in the industry if we combine it with the technology of the 21st century”, explains Joan Simó, coordinator of the agri-food field of said university.

Companies. Since its presentation, in March 2021, 46 companies have already been incorporated.