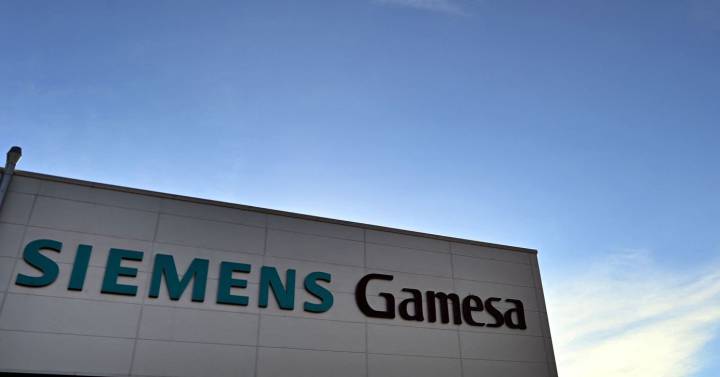 Siemens Energy has announced a takeover bid to take 100% of Gamesa and exclude the Spanish company from listing, of which it already holds 67% of the capital. The offer is 18.05 euros per share, entirely in cash, 7.8% above the price, which, after the first information about the possible Siemens offer, had already risen 25% last week.

The offer is not conditioned on any acceptance threshold. Siemens Energy has announced the offer, a step after which it cannot go back, and is due to present the prospectus in the next month. The timing of the operation, later, will depend on the authorizations of the CNMV itself and other authorities.

The announcement thus puts an end to months of speculation about the future of the company, in particular since Iberdrola left the capital in 2020. So, Siemens reached the current 67% paying 20 euros per share, 8% more than now. The poor results of the company, with losses of 780 million In the past semester, they have weighed on the stock, which marked this month the lowest since June 2020 at 13.30 euros, a drop of 36% in the year. The share reached 33 euros at the end of 2021. At 18.05 euros, the operation values ​​Siemens Gamesa at 13,115 million euros, so that the offer on 33% is valued at 4,328 million euros.

Last Monday Siemens Energy confirmed that it was studying the offer, after information from the Bloomberg agency that triggered Gamesa’s price by 12% before the CNMV suspended it. The value continued to rise when trading resumed and the next day, with the market taking the operation for granted and making cabals about an offer between 18 and 19 euros. Already in January stock skyrocketed after information from the Reuters agency that also referred to a possible takeover bid. Some shareholders of the company, such as the Union Investment fund, they have also requested the exclusion bid.

This month, the company has published a loss of 780 million euros in the first half. SG has suffered on its margins from project delays, which carry penalties, and rising costs for electricity and raw materials such as steel and copper, as well as supply chain disruptions. The company also has problems with the development of the 5.X land turbine model, which has a unit capacity of 6.6 MW, the largest in this area.

However, the firm’s plans to pass on costs in higher prices have received the approval of the market. Jochen Eickholt took over as CEO of Siemens Gamesa in March, replacing Andreas Nauen, who had been in the role for less than two years.

The price of the takeover bid, which must be verified as fair by the CNMV, is based on a valuation report by PwC as an independent expert, a step required by regulations in the case of delisting takeover bids. The company highlights that it pays a premium of 27% on the price prior to the latest information on the takeover bid.

Siemens Gamesa’s intention is to exclude the Spanish company from trading. Although with the offer it does not reach the threshold of 90% necessary for an automatic exclusion (in which the company necessarily buys the shares that have not participated in the takeover bid), Siemens Energy’s intention is to decree the exclusion by a second route. If it reaches 75% of the capital, the exclusion from the Stock Market will be approved at the shareholders’ meeting, a scenario in which the shareholders would also have the option to sell the shares at the aforementioned 18.05 euros.

The operation is launched with the intention of integrating businesses and saving costs, according to Siemens Energy. The integration will result in cost savings of up to €300 million per year, achievable in three years. Siemens also expects revenue synergies, which it puts in “triple digits by the end of the decade.” The goals will be achieved through “a streamlined corporate structure, a unified strategy and integrated operations, greater adaptability in a highly dynamic environment, and greater access to financing.”

The company has not specified its plans for the activities based in Spain: “Spain will continue to play an important role in the Group’s activities. The success of the transaction will allow competitive working conditions for current and future employees.”

The company has signed the financing with Bank of America and JP Morgan, but plans to finance the purchase with shares, within its commitment to an investment grade rating. It is considering a capital increase with subscription rights for current shareholders for 2,500 million euros. The rest of the operation will be covered with debt or cash.