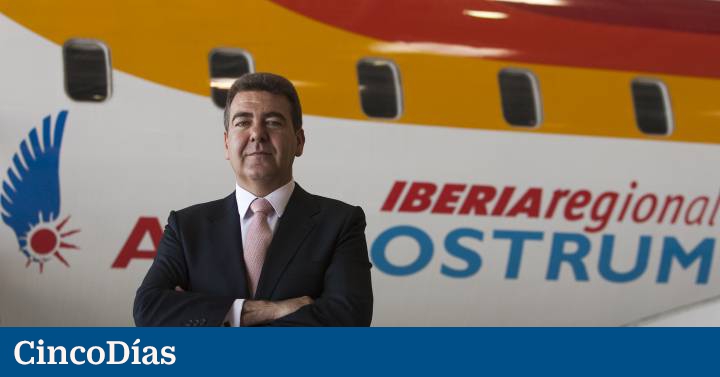 The request for help that the airline AirNostrum studied in April 2021 before SEPI has entered the final stretch in search of the approval of the Council of Ministers. The company claimed credit for 103 million to the Support Fund for the Solvency of Strategic Companies, and the managing board of the latter is about to conclude its analysis. Everything indicates that the opinion will be favorable.

The fund’s advisory group met this morning, but has not given the green light yet to this help or to the one you have requested Abengoa, which was another of the issues on the table. This last case, different sources point out, is at a less advanced level of processing.

The regional flight company, Iberia franchisee, the injection of the SEPI is urgent to overcome after the coronavirus crisis. Especially when it has removed a large part of the workforce from the ERTE mechanism due to force majeure and closed agreements with the fleet lessors so that they soften the payment conditions during the crisis. At the moment it is difficult to maintain these agreements.

Activity collapsed in March 2020 for the entire airline sector, with revenues plummeting and airlines’ fixed costs remaining flat. AirNostrum has been defending before SEPI that its work is strategic as a territorial backbone and promoter of tourism and the economy. The firm has 1,400 workers on staff, generates more than 2,000 indirect jobs and works with some 900 suppliers.

It has also had to demonstrate that it had healthy solvency ratios and credit quality before the outbreak of the pandemic, which facilitated the leasing of the fleet or led to the construction of its own aircraft maintenance hangar.

The company he presides over Carlos Bertomeuone of the largest in the Valencian Community, considers itself systemic for meeting public service obligations (OSP) and serving outermost territories, in addition to supplying Iberia’s long-haul flights in the hub from Madrid. In normal times, it exceeded five million travelers a year and operated more than 75,000 flights. The company is located in practically all of the autonomous communities and in the autonomous city of Melilla.

As the main OSP awardee, Air Nostrum has become the only airline with services at airports such as Leon, Badajoz, Burgos and La Rioja. Its losses in 2020 reached 129 million euros after six consecutive years in profit. Before the pandemic, its annual turnover was around 540 million. The company is 28 years old, in which it has transported more than 90 million travelers on two million flights.

Despite the problems in which it was immersed, Air Nostrum started 2021 as the most active airline in the country, with 8,256 operations between January and March. Right after came the request for public credit, although the airline already had financing guaranteed by the ICO.

The antecedent ‘Plus Ultra’

With a deadline of June 30 to carry out the pending bailouts, such as that of Room Mate, Abengoa or Celsa, the fund managed by SEPI has already supported two airlines among twenty cases: Air Europe with 475 million euros and Plus-Ultra with 43 million. The controversy caused by the aid to the latter, which was discussed in political forums and the media as being strategic and presenting a true picture of its activity and financial statements, has marked subsequent analyzes.

At the moment, no fault has been found for the rescue of Plus Ultra and that of Air Nostrum is already on the fast track, but it has required more than a year despite the emergency situation that the company is experiencing.

The Solvency Support Fund for Strategic Companies has had a budget of 10,000 million to prevent the fall of firms of special relevance to the Spanish economy. Among those held are Duro Felguera, Avoris, Técnicas Reuidas, Wamos, Grupo Abades, Abba Hoteles, Grupo Julià, Ferroatántica, Airtificial or Tubos Reunidos.