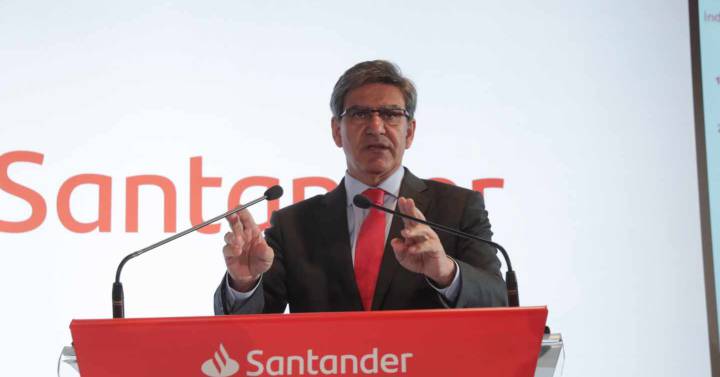 The board of directors of Banco Santander has approved modifying the bank’s statutes to change the powers in its leadership by giving more power to the figure of the CEO, a position held by José Antonio Álvarez. Álvarez, thus, stops reporting to the president, Ana Botín, and begins to do so exclusively to the board, in this way the supervisors understand that it does not depend only on one person, but on a collegiate body. In practice, this modification seeks to balance more power in the entity between the CEO and the president and supposes that Botín gives power to Álvarez to place himself at similar levels. Despite these changes, the president will continue to be an executive, although with a new structure and functions.

The board has also approved the payment of a complementary dividend of 5.15 euro cents per share along with a second share repurchase program amounting to 865 million, as reported by the bank to the National Securities Market Commission (CNMV).

The bank’s board of directors argues that the changes introduced in governance are carried out “to ensure a clear distinction in the functions of the chairman and the CEO, and in line with best governance practices.” It should be remembered that the European Central Bank (ECB) has long been demanding from Spanish financial institutions (almost unique in Europe with some executive presidents) a better balance of functions between president and CEO.

Botín, for her part, remains as the first executive with powers over the group’s strategy. Thus, the businesses of Digital Consumer Bank and the global payment platform PagoNxt will report to her, while the regions, countries and global businesses will continue to report to the CEO. These changes are intended to accelerate Santander’s digital transformation initiatives and continue to improve operational execution.

The executive committee, chaired by Ana Botín, will continue to guarantee coordination and set priorities as before, while the control functions will continue to have direct access to the board and its committees.

The scheme now approved by Santander is similar to the one designed about four years ago at BBVA, with the appointment of Carlos Torres as president and Onur Genç as CEO. In fact, the functions of Torres are different from those of his predecessor Francisco González.

Botín stated that, with this new structure, “we will put all our attention on the long-term strategy and growth initiatives to build the Santander of tomorrow while continuing to support our clients and generating solid results in all businesses. In addition, we align our model with that of our competitors and continue to comply with the highest corporate governance standards, with a clear distinction in functions between the chairman and the CEO.”

These changes are in line with the expectations of the supervisors and are in addition to other innovations implemented by the group since 2014, such as the creation of the figure of coordinating independent director, an increase in the proportion of independent members on the board, an improvement “significant” diversity and geographical and sectoral experience of the council and the creation of the responsible banking, sustainability and culture commission, as well as the appointment of a new international advisory council, as explained in the bank.

This year, precisely, the ECB has focused, within its objectives for 2022, on governance.

The board also agreed to appoint Germán de la Fuente as a new independent director, replacing Álvaro de Souza, who has been a director since 2018 and was non-executive chairman.
of Santander Brazil from 2017 to 2021.

Germán de la Fuente is Spanish and has a long and extensive experience in the auditing sector. He has developed his professional career at Deloitte, where he has been managing partner of Audit & Assurance in Spain since 2007. Santander’s board of directors is made up of 15 members, of which two thirds are independent.

Dividend
Santander also agreed to propose to the shareholders’ meeting a cash dividend of 5.15 cents per share, payable from May 2, 2022 as part of a complementary remuneration charged to the 2021 financial year, as well as a second repurchase of actions by
value of 865 million euros that will be launched once the corresponding regulatory approvals are obtained.

In the fourth quarter of 2021, Santander paid a first interim cash dividend for 2021 of €4.85 cents and completed a share buyback worth €841 million.

Therefore, with the new cash dividend and the new repurchase of shares, the capital distributed to shareholders on account for the 2021 financial year will be around 3,400 million euros, which is equivalent to a dividend yield of 7%.

At the shareholders’ meeting, to be held on April 1, an authorization for the board to reduce the group’s outstanding share capital by up to 10% will also be put to the vote.
through the purchase and subsequent amortization of shares, for example, within the framework of possible share repurchase programs in the future, something that the bank will foreseeably launch, according to various Botín statements. The bank, in fact, already carried out its first share buyback program in 2021 to reward the shareholder, who had been harmed by the ECB’s veto to receive a dividend in 2020.

All these points will be submitted for approval at the meeting that the council has called for April 1.