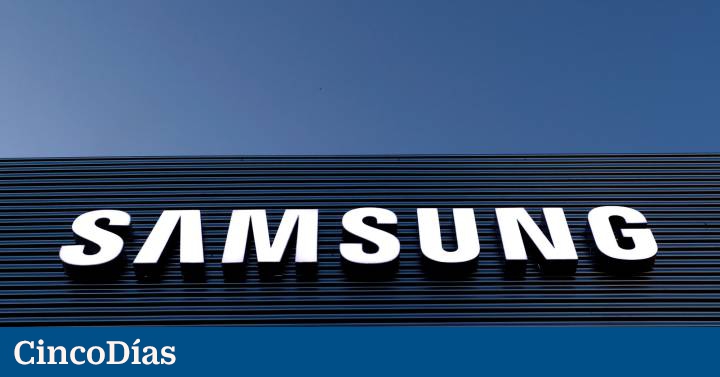 Chip shortage problems around the world continues to cause movements among companies in this industry. Samsung announced last night (Spanish time) that it will build its new advanced chip factory in the State of Texas (USA) in which it will invest 17,000 million dollars. It is the largest investment ever made by the South Korean giant in this country.

The plant, which is expected to create 2,000 jobs, will be located in the town of Taylor, about 50 kilometers from the city of Austin, where Samsung already has another semiconductor plant. Construction will begin early next year.

Samsung Electronics Vice Chairman and CEO Kinam Kim He assured that “with greater manufacturing capacity we will be able to better meet the needs of our customers and contribute to the stability of the global semiconductor supply chain.”

The plant is expected to be operational in the second half of 2024, So for the moment it will not alleviate the crisis of chips gripping the automotive sector, which has forced a reduction in the number of vehicles that are manufactured, and the technology sector. Companies such as Apple, Sony, Nintendo or Microsoft have announced problems to supply the new iPhone 13 and its next-generation consoles.

Samsung said in a statement that the new factory will produce advanced processors for applications in areas such as mobility, 5G, high-performance computing and artificial intelligence.

White House officials said the new facility will help “protect our supply chains, revitalize our manufacturing base and create quality jobs.” In this sense, Efe recalls how the Administration of US President Joe Biden has established as a national priority the increase of local semiconductor production to reduce dependence on chips from abroad and avoid a repeat of this year’s supply crisis .

The US Senate recently approved a plan to allocate $ 52 billion in subsidies for the construction of new chip production plants. And it is that according to reveals the Association of the Semiconductor Sector, which groups together the producers of processors in the country, the global share of US chip production has dropped from 37% in 1990 to 12% today.

A statement from the office of the Republican Governor of Texas, Greg Abbott, indicated that Samsung would obtain a grant of 27 million dollars to create jobs in the state. Samsung, with 20,000 employees in the US, is one of the largest chip manufacturers in the world along with the Taiwanese TSCM. The company said that with this announcement it raises its total investment in the US to 47,000 million dollars.

TSCM also announced a $ 100 billion investment in Arizona earlier this year and GlobalFoundries from the US also revealed that it will increase its investment in upstate New York.

Amid this global chip crisis, Apple is forging a closer partnership with TSMC in hopes of reducing its reliance on Qualcomm and with the aim of the Taiwanese giant making the apple company’s 5G modems for iPhones to starting in 2023, as reported by Nikkei Asia.

Apple has been using Qualcomm chips for the past few years, but in December 2020 Johny Srouji, Apple’s senior vice president of hardware technologies, said they were working on their first 5G modem. The aforementioned media assures that four sources familiar with the matter assure that Apple plans to adopt TSMC’s 4-nanometer chip production technology to mass-produce its first 5G modem and that the iPhone manufacturer is developing its own radio frequency and wave components. millimeter to complete the modem. Apple would also be working on its own power management chips specifically for the modem. In the latest series of iPhones, all of these components are provided by Qualcomm.

Nikkei Asia explains that this strategy will not only allow Apple to save money on the fees it currently pays to Qualcomm, but will help it have more control over the integration of hardware in its equipment and increase the efficiency of the chips. This control can be translated, in fact, in improvements both in the energy efficiency of the component and in the implementation of new technologies that improve the connectivity of the device.