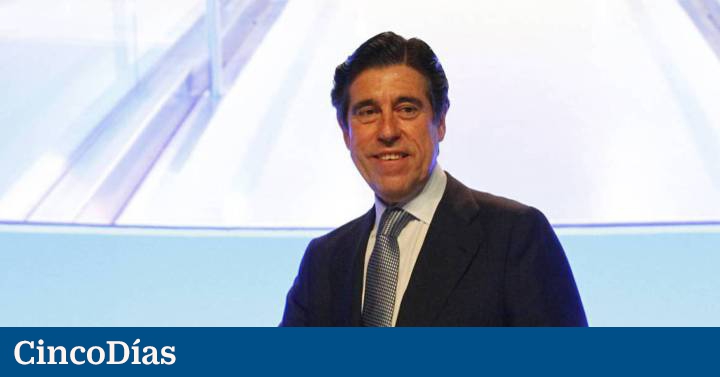 The Sacyr group has renewed this morning its commitment to the concession business before analysts and investors. The company celebrates its Investor Day and has set the value of its assets under concession at 2,800 million, from the 1.8 billion it marked in June 2019. Sacyr uses the free cash flow discount method (EBITDA multiple in the case of Sacyr Agua) to establish its estimate and expects the figure to rise to 3.7 billion in 2025.

The Sacyr Concesiones division says it has identified potential contracts of 68,000 million and its portfolio (10,000 million in North America) of future revenue is 36 billion. The company is behind projects that involve construction work and have low demand risk in the operation phase.

The president of the group, Manuel Manrique, has indicated this morning that in 2022 there will be a significant jump in activity at the infrastructures front in the US, Chile, Colombia or Italy with the entry into operation of new assets. The financial manager Carlos Mijangos He recalled that the concession business delivers 80% of the company’s global EBITDA with “stable cash generation and very limited risks.”

Sacyr Concesiones’ business plan foresees that EBITDA (365 million in 2020) will triple between now and 2025, setting a target of 1,000 million. This level will suppose the contribution of 85% of the ebitda of the group. Revenues, meanwhile, must double.

Among the milestones announced today is the fact that the concessionaire is already self-sufficient to finance its own projects, with a committed capital of 480 million, and to distribute dividends to the parent company. Sacyr foresees the receipt of 1,000 million in the five-year period of the strategic plan. At the end of the period, corporate debt should drop to 100 million.

Mijangos has also referred throughout his speech to the objective of keep the dividend stable with a yield of 5%.

Sacyr operates 65 concession assets in 15 countries with a managed investment of 18.2 billion euros. His remaining life is 25 years. Within this basket, 15 projects are in the construction phase. In 2025, Carlos Mijangos stressed, a third of the activity will reside in Europe, another third will come from Latin America and the last third will occur in English-speaking countries. In addition to the management of transport and social infrastructures, Sacyr intends to strengthen itself in water, waste management and energy especially in English speaking markets.

The eight largest assets of Sacyr Concesiones, identified by its CEO Rafael Gomez del RioThey are the Pedemontana, A3 and A5 – A-21 in Italy; AVO I in Chile; the Colombian Rumichaca-Pasto and Pamplona-Cúcuta; the University of Idaho in the United States, and the Uruguayan Central Railroad. This bouquet “represents 60% of the valuation of 2,700 million and in the coming months all of these assets will be in service, with the exception of the Central Railroad, which will do so in the spring of 2023”, said Gómez del Río.

Apart from the Concessions business, this morning it was emphasized that the group will drop from 8% to 3% at the end of the year at Repsol. The stability of Sacyr Servicios and the synergies between the construction and concessions areas have also been highlighted.