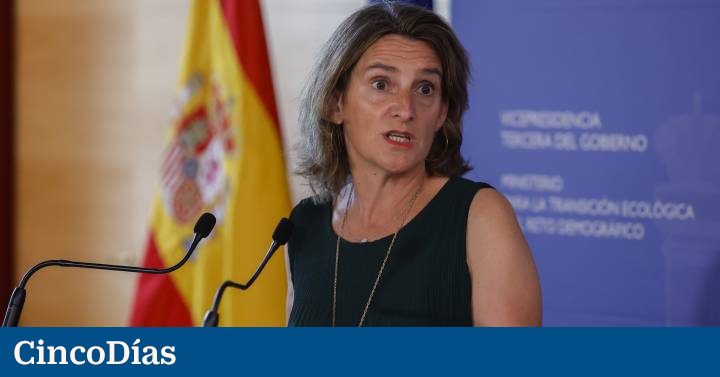 The Iberian Peninsula stands as the strong energy link in Europe in the midst of the energy crisis that the Old Continent is experiencing due to the blackmail of Vladimir Putin. Given Germany’s interest in increasing gas interconnectivity with Spain and Portugal, the Third Vice President and Minister for Energy Transition, Teresa Ribera, showed off this Friday the Spanish muscle to relieve energy demand of the community bloc, assuring that in eight months the Midcat gas pipeline could be operational to send gas through France.

In an interview with TVE, Ribera said that the gas pipeline project that passes through the
Catalan Pyrenees (for the conduction of gas stored in Spain from Algeria) could be operational in “eight or nine months” on the side of the southern border towards Spain, for which he stressed that it is “essential to go hand in hand” with the French government to speed it up. “It makes little sense for us to run a lot if, on the French side, it becomes a dead end,” he remarked.

The minister has recognized that the construction of the Midcat will require a “very important investment”, for which she has demanded that, as it is a project that will relieve the most important economies of the European Union, the gas pipeline receives financing from Brussels. In this sense, Ribera has assessed the potential of this infrastructure to be part of the energy skeleton of the community block in the future: its useful life is expected to be between 30 and 40 years old and that renewable hydrogen can then pass through its pipes.

Of the Midcat gas pipeline, which had a planned investment of €3.1 billion, 226 kilometers of pipes remain to be built from Hostalric, in Catalonia, to Barbaira, in France, to complete the infrastructure that must cross the Pyrenees-Orientales to reach the French region of Occitanie. Its construction, led since 2008 by the Spanish Enagás and the French Teréga (former TIGF), would allow the transport of 7,500 million cubic meters of natural gas each year in both directions.

The project has regained interest after the initiative of the German Chancellor Olaf Scholz to relaunch a gas pipeline that connects the Iberian Peninsula with the rest of Europe, in a context of energy emergency and autumn at the door. For Ribera, these words are proof that Spain’s gas interconnection is not a bilateral issue with France, but something that involves other EU countries. For this reason, he has invited Germany to be part of the high-level meetings that are currently being held with the neighboring country.

To avoid an autumn and winter in the dark, Ribera assured this Friday that installation of an additional compressor in the interconnections that already exist in the Basque Country with France, it could increase between 20% and 30% the capacity to export gas from Spain and has indicated that its start-up could be ready in two or three months.

Specifically, it has calculated that with this measure Spain could facilitate between one 2% and 2.5% of the gas that can be consumed in the European Union as a whole, as long as France can assume this increase to “evacuate the gas”.

Ribera has assured that this strategy, together with better logistics for methane tankers, can be short-term solutions to contribute to Europe’s gas supply in the face of “Putin’s blackmail”.

To this end, the minister has highlighted the need to strengthen the “sea bridge” of Gijón to receive more methane tankers that transport LNG to Spain and increase the shipment of gas by ship to the rest of the continent, as he has assured that it is already happening with the Italian port of Livorno.