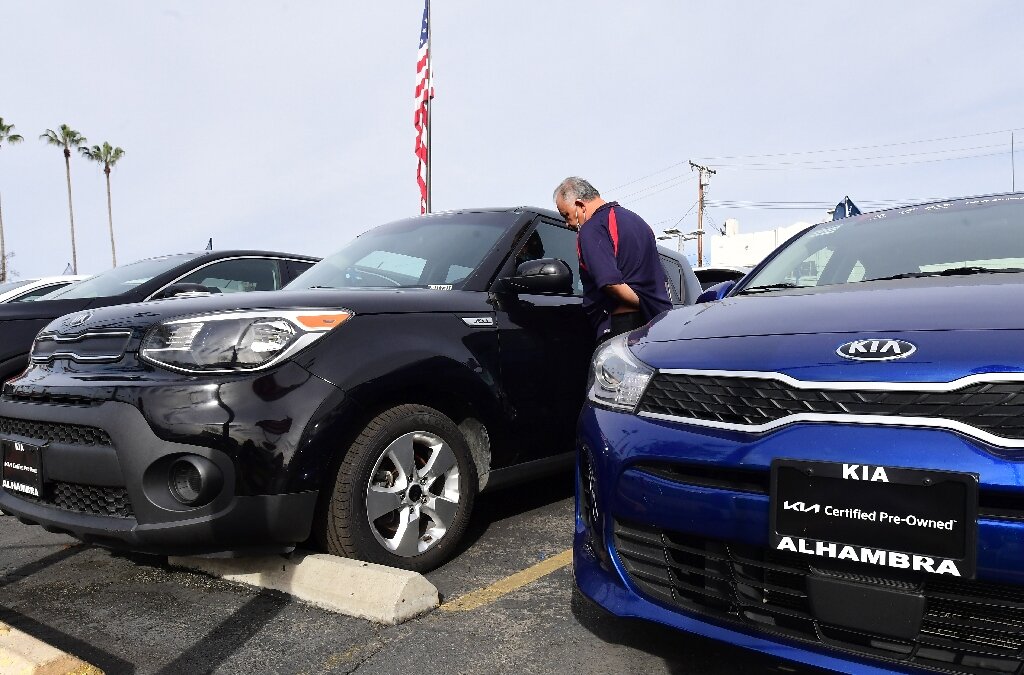 The used car market in the United States is seeing an unprecedented phenomenon: owners selling vehicles for as much or more than they paid for them.

The strange twist comes as a global shortage of computer chips amid the Covid-19 pandemic has stalled auto manufacturing, fueling a price increase for used vehicles, which in turn helped drive record US inflation last year.

It “100 percent is a new trend,” which is unlikely to end soon, said Aurelien Guillaud, owner of Arlington Auto Group (AAG), a car dealership based in Arlington, Virginia, just outside the nation’s capital.

Due to the shortage of new vehicles, there has been an influx of demand for used cars, he said.

Given the struggles to get semiconductors from factories in Asia amid the pandemic that has limited new car inventories, rental companies have been hanging on to their fleets, cutting off the usual steady supply of vehicles for the used car market and pushing up prices.

And the strict lockdowns in China to contain the Omicron variant could exacerbate the supply issues.

The dealership lot has 40 vehicles ready to sell, fewer than its usual pre-pandemic inventory. Last year was strong for AAG, which sold 300 to 400 cars despite the price increases that turned a number of customers away.

Masaki Kondo, a journalist in Washington, bought his Chevrolet for $60,000 in 2017. Four years later, he sold it back to his dealership in Gaithersburg, Maryland, just a half-hour drive outside the US capital, for $62,000.

“I kept my car in the garage… so the condition of the car was good. But still, I was shocked when industrial mass production goods were priced at more than that of four years ago,” the Japanese expat told AFP.

Kondo’s car dealer said they would easily sell the Chevrolet again for $74,000.

Americans’ reluctance to use public transportation amid the pandemic also is a factor driving high demand for cars.

“There’s not much supply, but there’s a huge demand,” Guillaud said.

He notes that in Europe commuters might opt to use a scooter or a motorcycle, but “over here, it’s a car because of the distance that you have to drive.”

Rising prices have been dramatic.

In other cases, owners sell their car for even more than they bought it for.

In a recent study, analysts at KPMG warned that the used car boom will not last.

“History tells us the current frenzy in the used car market will come to an end,” the authors said, noting that chip shortages and supply chain problems eventually will be resolved.

Then the “massive auto manufacturing machine will shift back into high gear and the dealer lots will again be full,” after which the used car market will “collapse,” they said, predicting a 30 percent drop in prices.

The analysts acknowledged however that it is difficult to know when this shift will happen and whether the decline could be “sudden or slow.”

But there are signs major manufacturers are banking on the boom continuing for a while longer: General Motors on Tuesday announced plans to launch CarBravo, a new online market for GM brand used vehicles.

The venture will compete with successful firms like Carvana and CarMax.

Guillaud said some people are trying to take advantage of the market, and points to online forums where sellers admit to reselling vehicles two weeks after they bought them.

But he warns that Virginia law prohibits individuals from buying and reselling more than five cars a year.