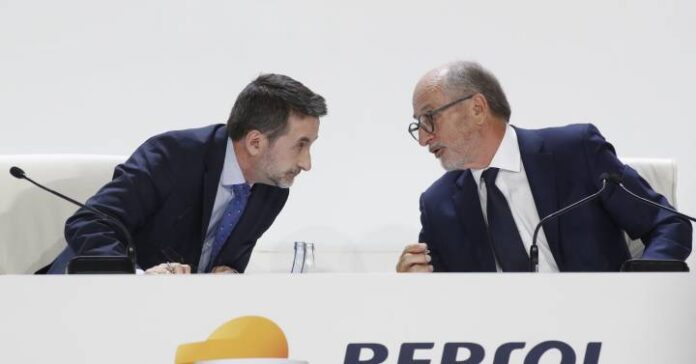 The revolution at Repsol continues with a firm step. The oil company has on the table the sale of a part of its renewable energy subsidiary and also that of clients. The IPO of the first is almost assured for next year, and that of the second is an option to maximize its valuation. It would be a giant premiere, with a minimum valuation of 10 billion euros, the highest capitalization for a company that goes public in decades. It all depends on who pays better: infrastructure and pension funds in a private operation, or investment funds, hedge funds and even retail investors at a Stock Market premiere.

The oil company that Josu Jon Imaz pilots as CEO launched its strategic plan until 2025 at the end of November. It did not make it public then, but the Spanish energy giant kept an ace up its sleeve: to enter a minority partner in its new customer division. This has as a great asset its 24 million users in gas stations, stores, buyers of its butane and propane bottles and gas and electricity customers, among other segments, as published by CincoDías last Friday, December 11.

The eventual operation is under the tutelage of Citi, and the minimum valuation Repsol aspires to for the 25% it intends to transfer is 2,500 million. There has already been a first round with offers from a selection of potential interested parties in a very discreet process. A kind of pilot phising (a term used in IPOs to test the valuation of a company) among the usual suspects: pension, venture capital, sovereign and infrastructure funds.

Financial sources indicate that the process will be what is known as a dual track: private sale or IPO. Whoever pays more will take that part of the Repsol pie, as long as it reaches the minimum mentioned.

Citi pilots both a possible private sale and an IPO

The division is certainly unusual in the Spanish market, so that a certain pedagogy among equity investors would be necessary. With specialized funds it would be, from the outset, easier to execute the transaction.

The point in favor for Repsol is that the numbers are already black on white. The EBITDA of this area last year reached 1,000 million euros, the third business after the upstream (exploration and production), with 4,300 million, and the industrial (refining, biofuels and chemicals), with 2,000 million. The objective is for the gross operating profit of the customer segment to grow by 40% until 2025, with an EBITDA of 1,400 million euros. Its free cash flow would go from 600 million in 2019 to 800 million.

From the analysis department of Banco Sabadell they point out in a note that the value of 10,000 million is higher than the one they make of that division. They set it at 8,609 million. If the appraisal that Repsol wants were applied, the company’s target price would skyrocket by around 10%, to 10.5 euros per share. The second derivative, also positive, is that the company chaired by Antonio Brufau would have an additional 2,500 million for its growth plan in renewables. This would translate into 500 million euros of the value of the equity of the group, according to Sabadell.

This type of process is usually settled with the victory of private capital. Zero interest rates, the absolute flatness in the bond market and the fluctuations of the stock market have triggered the money that has entered in recent years in funds that invest in unlisted assets. The latest estimates estimate that these types of vehicles have close to a trillion dollars available to invest around the world.

The stock market has experienced an intense drought in recent years. In two years only Soltec and Solarpack have made their debut in the Spanish market. Listed markets have been hypersensitive to economic swings, as evidenced by punishment during the coronavirus crisis. And that makes companies retreat from going public. As a sample, a button. Cepsa precisely opted in 2018 for a sale to the private equity Carlyle after being on the verge of debuting on the stock market.

Figures. This subsidiary, baptized as Repsol Clientes, brings together the customers of its gas stations, electric stations, carsharing (Wible), convenience stores, the commercialization of electricity and gas to individuals, energy solutions and lubricants. This new unit generated an EBITDA of 1,000 million euros last year and required an investment (capex) of 400 million, according to Repsol documents. The valuation to which the oil company aspires implies paying 10 times the ebitda, a common multiple for this type of business. The 1 billion ebitda recorded in 2019 is distributed among mobility services (with service station customers as the cornerstone), which contribute 700 million, the 200 million from butane and propane, the 100 million from the area of lubricants and a token 40 million from retail electricity and gas. This business, however, has been one of Repsol’s big bets in recent years. It has built its electricity and gas marketer on the foundations of the one it acquired from Viesgo in 2018, together with the green assets of the Cantabrian company, which make up the renewable subsidiary that Repsol wants to go public.