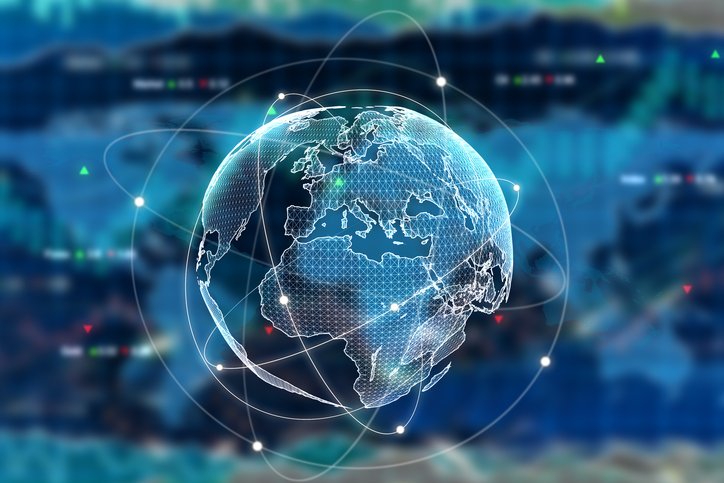 The world is becoming a more complex place in which to write reinsurance, says Dieter Winkel.

There’s a motorway 10km from where I live in Germany. Last year, it was closed – blocked as a result of dramatic flooding that had a profound effect on the region and the German re/insurance industry as a whole. You may well have seen it on television or read about it in the media at the time.

It’s not just Germany that is suffering from weather-related woes. Flooding in 2021 led to cumulative losses in Belgium and the Netherlands, that impacted local markets, burning through reinsurance programmes and contributing losses towards the aggregate retro market. During August 2021, the footage of the Greek wildfires was enough to send actuaries running for their cat models.

I have not experienced so many unmodelled losses as I have seen in recent years, the pandemic being a prime example. Partly it’s a result of climate change – the Earth’s infinitely complex weather systems being distorted by human activity. But it’s more than that. The shape of the reinsurance industry is being affected by both systemic and structural forces. What worked once may not work now. What generated a profit 20 years ago may no longer have the same outcome. As our world grows ever more intricate, the degree of unpredictability increases.

As an example, consider the increasing sophistication of the modern car. Fifty years ago, a car was purely mechanical; today, cars contain both mechanical and technological components as well as the software that manages their many functions. A modern car is built from around 30,000 individual components. With the arrival of autonomous capabilities, many of those components are sensors, cameras and processors – items far out stripping the technical capabilities of the average automotive repair garage. These are what engineers call ‘complex systems’. We’ve always had them on our planet – natural complex systems such as the climate or human brain. But now we’re adding our own: the internet, software, global supply chains, integrated transport systems, intensive agriculture. Can you name a single item in your home that, over the last ten years, has become simpler rather than more complex? Even our domestic fridges and coffee machines now require thick instruction manuals to explain their intelligent capabilities.

The challenge with complex systems is not simply that they have more potential points of failure, it’s the question of how to respond to a failure. Fixing a simple machine is relatively straight-forward; fixing a complex system containing multiple co-dependencies and relationships is not. As economists are keen to point out, when domestic inflation becomes a problem, a government has many levers it can pull in order in order to slow its rise. Compare this to the failure of a humble sink tap. When the tap drips, it’s usually a matter of replacing the washer. When the economy fails, the debate over which lever to pull and how hard can be virtually endless.

Diversification is the traditional defence against unpredictability. That’s why Liberty Mutual Re segments its book by both geography and line of business. We think not only in terms of North America, Europe, and the Rest of the World, but also Property, Casualty and Global product Lines. But today, diversification can only be one component in a more comprehensive response from reinsurers. The ability to take the long-term view has never been more important – to see beyond the confusion of the moment. And the need to find, recruit and retain talent has never been as critical as it is now.

The other challenge created by complex systems is that the more complex they become, the harder they are to model. This is the dilemma facing cat modelling at a time when their input into our underwriting strategies is all the more critical. If COVID-19 showed us anything, it’s the infinite ability of humans to behave unpredictably. What model could have predicted the anti-vaxxer movement, QAnon Shaman and the very different approaches taken by governments around the world. Even traditionally peaceful countries like the Netherlands saw levels of COVID related civil unrest that shocked the political violence market. The answer for the modelers is that our ability to capture and analyse data has never been so great. We’re living in a world in which over 2.5 quintillion bytes of data are created every day. It’s a staggering fact that 90% of the world’s stored data has been created in the last two years. The potential created by this volume of data is huge but it will take our industry some time to fully appreciate the possibilities.

As difficult as 2021 was for all of us it also held many positives for Liberty Mutual Re. We grew our business and performed better than the market average which is a result of our underlying strategy. Along with the market we face many challenges such as social and labour inflation, increased construction costs and growing cyber risks. These challenges and threats will increase as a result of the Ukraine crisis, because of  the tragic deaths and the destruction of property and the growing humanitarian crisis in the region. Already we have seen the negative financial impact worldwide from the stock market volatility, oil and commodity prices, merchant cargo and shipping costs, aviation interruptions, disruptions on the banking and investment sectors and loss of Russian imports and exports.

Following renewals in December 2021 and April this year, reinsurance rates have hardened by 10% in our global reinsurance portfolio. These rate rises are driven by continuing concern about the lack of retrocession capacity – possibly due to trapped capital and a lack of new investors – social  inflation and losses sustained in 2021.

The challenges facing our market are not greater than they were 10 or 20 years ago, but they are different. We’ve swapped asbestos for social inflation, Piper Alpha for Deepwater Horizon, unknown for unmodelled. Losses are increasing in both size and frequency. The pace of business process has accelerated. But the fundamentals are the same.

“It’s not you – the world is becoming more complex,’ said the Harvard Business Review 10 years ago – and nothing has happened since to change that trend. For reinsurers, that growing complexity presents a challenge. However, I’m confident that innovation, rigorous analysis, and a willingness to confront change will always overcome. I’m sure we can rise to the challenge again.