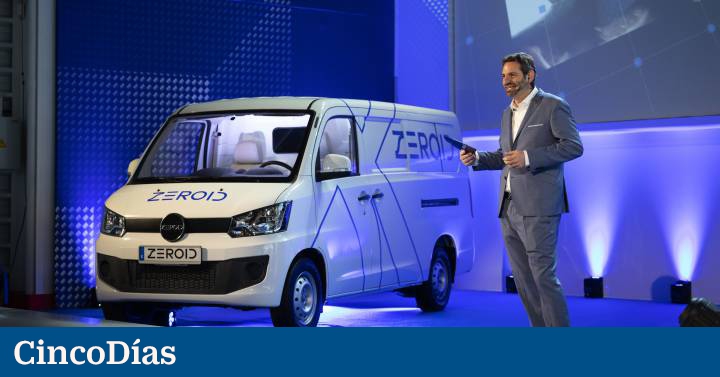 The Catalan company QEV Technologies presented this Wednesday Zeroid, a new brand of electric commercial vehicles with which the company plans to start the reindustrialization of the facilities that Nissan abandoned in Barcelona at the end of last year. “Our three-year goal is to produce more than 60,000 units per year and generate more than 1,000 jobs in 3 years”, he assured Joan OrusCEO of QEV.

During the presentation, the manager explained that the electromobility hub that will reactivate the Zona Franca facilities will invest a total of 800 million euros, of which 200 million will be provided by QEV Technologies. Orús has indicated that the company is in talks with the Executive to obtain between 100 and 150 million in public aid from the Part of the Electric Vehicle.

In addition to Zeroid, the company B Tech (which is also part of the ‘hub’) intends to relaunch the old Spanish brand Ebroof which he plans to assemble some 40,000 units per year which, added to those of Zeroid, would complete a total of 100,000 vehicles produced per year in the Free Zone.

The businessman has remarked that the will of the ‘hub’ is absorb 100% of the Nissan workforce that was left without a job. “We do not want nor can we lose all the human capital that exists in the Free Trade Zone. They are the true value of reindustrialization, neither the facilities nor the machinery. The Nissan workforce has very valuable knowledge, a lot of experience and a lot to contribute, and we are convinced that this team will be the best engine for the project that we are now starting”, Orús said.

In this sense, the CEO of QEV has indicated that the company will hire between 100 and 200 workers in June, and that from the beginning of next year it will start “a large hiring”.

“We are not here to present a model, we are here to present a complete range”, said Orús, who explained that Zeroid will offer vans of different sizes, from a small one with a load of 700 kilos and 200 kilometers of autonomy; even a large one that could load up to 2,700 kilos “with different autonomy possibilities”, thanks to the fact that it will incorporate batteries whose powers will range between 120 and 140 KWh. The new brand will offer five commercial vehicles whose prices will vary between 20,000 and 120,000 eurosdepending on size and features.

In turn, QEV will also make platforms for the assembly of electric and hydrogen buses up to twelve meters long. These platforms, the businessman has pointed out, intend to “sell them to coachbuilders, so that they make those buses and thus expand” the brand internationally. In addition, the company will manufacture its own buses in the Free Zone. In 2023, the first year of activity, QEV plans to assemble between 100 and 200 buses; and 5,400 electric vans.