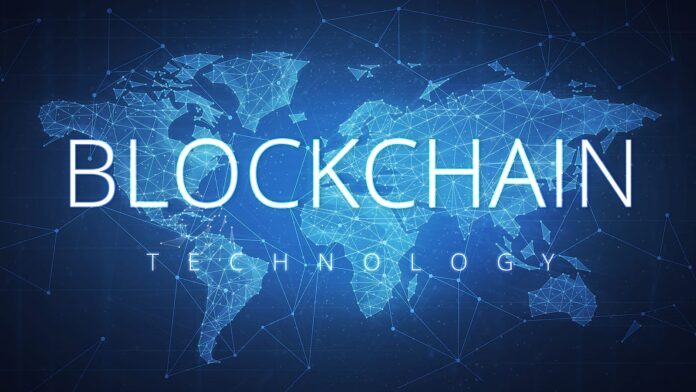 Blockchain — the underlying technology that powers cryptocurrency systems such as Bitcoin and Ethereum – has been gaining adoption in numerous other sectors of the economy. This is largely due to blockchain’s ability to secure completely transparent and verifiable information through a decentralized system.

These transactions are processed in blocks (the “block” in “blockchain”), and each block is linked to the previous block. With this architecture, it becomes nearly impossible to go back and alter a transaction. Each computer in the network has a record of every single transaction that has occurred, resulting in great transparency. Security throughout the system is maintained by powerful cryptographic mechanisms.

These qualities make blockchain a potential facilitator for any number of applications. The fact that blockchain or distributed ledger technology (DLT) allows for;

This has made blockchain technology an attractive option for industries and organizations in every walk of life.

However, “blockchain” is not a monolithic term that covers every use case. Within the blockchain ecosystem, there’s a range of deployment options and implementation models, encompassing concepts such as “private,” “public,” “open,” “closed,” and “permissioned.”

We’ll be breaking down the distinctions between these blockchain models in this article.

Anonymity is one of the major benefits of using cryptocurrencies, so platforms like Bitcoin, Ethereum, and Litecoin operate as public blockchains.

Since public blockchain operators have no way of knowing who an individual user is, they have to rely on mechanisms like economic and game theory incentives to ensure that everybody in the system behaves honestly and in accordance with the rules. So mechanisms like group consensus typically come into play, with economic rewards for honesty and unrecoverable penalties or extra work imposed on the dishonest.

The “51% Rule” — whereby a simple majority of network participants is required to authorize changes — is one aspect of public blockchain that serves as a double-edged sword in terms of security. On the one hand, establishing a majority is a powerful tool for enforcing group consensus. But on the other, there’s a danger that a unified effort by hackers or saboteurs could obtain a majority of network power, potentially enabling massive double-spending and the ability to prevent transaction confirmations.

A private blockchain is by its nature a permissioned blockchain, with a network that places restrictions on who is allowed to participate in its activities and in which transactions. A network administrator typically manages the system, and participants need consent to join the network.

The balance between public and private blockchains essentially comes down to which participants on the network are able to write data onto the blockchain or ledger. The distinction between the open and closed blockchain models takes into consideration who’s able to read that data.

Anyone can write data to the blockchain in a public open blockchain, and anybody else can come and read that information. But there are also implementations of blockchain that may be public and closed or private and open.

If the identity of a user remains unknown, there’s no way to create permissions and role-based access or to control what data the blockchain participants can read or write. In a closed system, these kinds of permissions enable blockchain operators to impose restrictions and regulations regarding the conduct of network participants.

In this regard, even public blockchain platforms like Ethereum can operate a permission-based model (“public and closed”), provided they have some form of identity management system.

A public blockchain is generally more secure due to the decentralization of the network and active participation. Because of the higher number of nodes in the network, it is extremely difficult (but not impossible) for bad actors to attack the system and gain control over the consensus network.

However, this massive number of nodes imposes performance limitations. Since it requires a significant amount of electricity and computing resources to function and achieve network consensus, a public blockchain typically consumes a lot more energy than a private blockchain.

Limitations aside, public blockchains are ideal for scenarios where protecting users’ anonymity is important or adds value to the solution, and in situations where it’s important for all users to be treated equally. In an open system, all data related to transactions are available for public verification — and the transparency of public blockchain increases its potential range of use cases.

Private blockchains consume a lot less energy and resources than their public counterparts. With a significantly lower number of locally distributed nodes, fewer nodes are required to participate in the ledger, and the overall performance is faster. In this regard, a private blockchain is also more scalable, with the ability to add nodes and services on demand providing greater flexibility to the enterprise.

A private blockchain is more prone to hacks, risks, and data breaches or data manipulation with a centralized authority. Operating at a smaller scale makes it is easier for bad actors to endanger the entire network. However, since each validator of transactions on a private blockchain is known, the risk of miner collision is minimized.

Identity management and the ability to restrict access to data and transactions enable private blockchain administrators to control who sees what type of information under what circumstances and control who can write that information onto the blockchain. This makes them ideal for enterprise operations such as supply chain management.

As with the majority of technologies, it’s possible to achieve a middle ground or hybrid condition, incorporating elements of one deployment model with those of another. The consortium blockchain is such a hybrid solution, sitting between fully open, decentralized public systems and centrally-controlled private blockchain networks.

Multiple organizations take part in the consortium and contribute to its administration so that no single entity rules over the network. Under this deployment model, groups of companies can collaborate to advance the state of blockchain technology adoption in the industry, establish industry standards, draft use cases, develop key infrastructure, and operate commercial blockchain platforms.

Some blockchain consortium schemes take a technology focus, offering reusable blockchain platforms and solutions based on technical standards. This variant includes blockchain development platforms like Quorum (based on Ethereum), R3 Corda, and Hyperledger.

Others take a purely business focus, developing blockchain solutions for specific industries or use cases. The majority of consortium blockchain projects in this vein are in the financial sector, but other industries such as supply chain management, healthcare, and life sciences are collaborating in blockchain-based systems to share resources, decrease development times, and improve communications. Examples include Bankchain, We.Trade, Marco Polo, and B3i.

A third class of consortium blockchain splits its focus between business and technology. Groups like this typically offer a range of open-source platforms suitable for various kinds of solutions, in addition to purely commercial products. R3 is one example of a blockchain consortium that operates in this manner.

Tips To Handle The Mental Health Implications Of  A Truck Accident