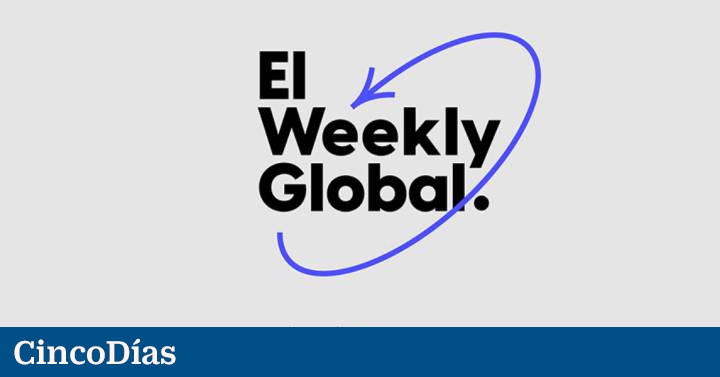 PRISA Audio has announced this Friday the creation of The Weekly Global, a pioneering project in the Group in which prominent journalists from the PRISA media come together to bring listeners closer to the main stories that have marked current affairs in America and Europe on a weekly basis. The new podcast kicks off this November 27 and can be heard every Saturday on the Podium Podcast (PRISA Audio) and on the main global platforms, such as Spotify, Amazon and Apple.

“In an increasingly globalized world, many times we remain locked in the news of our city, of our country, without paying attention to a global reality that concerns us and affects us much more than we imagine. The challenge of The Weekly Global is to provide our listeners, around the world and with the diversity of accents that the informative power of our Group allows us, the necessary knowledge to understand the news that, every week, modifies the societies in which we live ”, explained Diana Calderón .

“Sometimes,” Calderón adds, “we will tell the same story from different parts of the planet, which will allow us to better understand the world and other times our protagonists will be different and what we will do is explain them to bring them closer to other countries, to other realities. We want to create, for the listener of podcasts in Spanish, a weekly reference newsletter to which they can go to understand the world. Being at the head of this project is an honor and, at the same time, an opportunity that allows me to deal with the best voices in journalism in Spanish and learn from all of them ”, he concludes.

For María Jesús Espinosa de los Monteros, general director of PRISA Audio, “The Weekly Global is the first sound content of Prisa Audio in which all its brands come together with a common goal: to tell what happens in this convulsed and accelerated world, putting into operation and maximum coordination the journalists of the world’s first Spanish-language audio producer, led by Diana Calderón ”.

Espinosa de los Monteros highlights that this project brings the possibility of uniting in a single sound content “the credibility and rigor of our news brands (EL PAÍS, W Radio México, Caracol Radio, Cadena SER, Diario AS and ADN Chile) and their distribution on our own platform (Podium Podcast) and on all the audio aggregators on the market. It is a reflection of PRISA’s power as a window to the world and the transformative role it can play in the podcast industry. ”For Espinosa de los Monteros , “The next revolution in the audio world will be in Spanish because there is a large podcast market in this language and PRISA is well positioned to lead it.”

PRISA Audio continues in this way taking steps in its development with the aim of becoming the greatest transforming agent in the Spanish podcast industry. PRISA Audio is the transversal platform that groups all the Group’s podcast content: EL PAÍS, AS, Cadena SER, Podium Podcast, Cadena DIAL, LOS40, and the stations in Latin America W Radio, Caracol Radio and ADN Chile, among others.