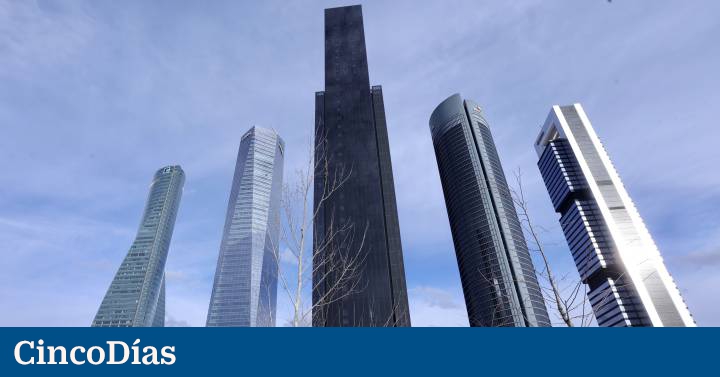 the philippine tycoon Andrew L Tan, industrial winemaker and promoter entrepreneur, will take its Spanish real estate to the Stock Exchange. Among his assets are three architectural icons of great value: the Tower Castilian Emperor and 49% of the adjoining caleido in Madrid, and diagonal 00 from Barcelona. Between the three properties they can add an appraisal close to 900 million euros.

The businessman has turned his real estate branch Emperor Properties in a socimi (listed investment company in the real estate market). These types of companies have the obligation to go public within two years after availing themselves of this special tax regime.

Specifically, Emperador Properties registered in the SOCIMI regime in the last tranche of last year, so it has the period of 2022 and practically complete next year to meet the listing requirement. These types of companies have the advantage of not paying Corporation Tax in exchange, among other obligations, of listing and distributing 80% of their dividends among their shareholders (who do pay the treasury).

The company has not given details about its conversion into a socimi, since they assure that it is a plan within the current restructuring of the group in the country. “The company is currently immersed in a corporate reorganization process aimed at improving the investments of the family office of Mr. Tan in Spain. With this strategy, Emperador Properties seeks to optimize the company’s new investments and financial initiatives in the coming years. Within this plan, the IPO is not confirmed at this time”, they assure in writing to this newspaper.

Although the family office indicate that it has not yet been 100% decided whether the real estate company will finally debut on the Stock Exchange, the cases in which a Socimi has failed to comply with the listing requirement are anecdotal and the real estate of the Filipino billionaire would have to regularize with the Treasury his situation for the years that he is operating under this fiscal figure if he does not comply with that obligation.

At the moment it is unknown which market the company plans to choose to list. You can select continuous – although this floor is usually reserved for large companies with a high free-float–; the most common BME Growth for family companies with few shareholders, or even Euronext in Paris. Since 2013, 122 Spanish Socimis have debuted, of which 95 preferred BME Growth and the rest Euronext.

In recent months, the Philippine holding company has clearly separated its real estate business from the winery business in Spain. As CEO of the group in the country, he has Joan Cortes and as CEO of the real estate leg he exercises Jorge Domecq.

Tan is one of the richest people in his country, with a fortune Forbes calculate in $2.8 billion (2,545 million euros). Its holding company – with a significant presence in the Philippines and other parts of Asia – is called Alliance Global and has the strong real estate branch Megaworld, as well as other businesses such as McDonald’s franchises.

The main asset of Andrew Tan’s socimi is the recently renamed Torre Emperador Castellana, in homage to its winery and real estate group in Spain. In 2015, the billionaire bought that skyscraper then known as Space to Grupo Villar Mir for 558 million. It is one of the Four Towers that rise to the north of Paseo de la Castellana on the grounds of the former Real Madrid sports complex.

Emperor Tower is what is called a trophy asset because it is almost unique. With a height of 230 meters and 57 floors, it has an area of ​​60,000 mtwo and it also has 1,173 parking spaces. It is leased to various embassies, the OHLA construction company and the Villar Mir Group, among other companies.

Adjacent to that office skyscraper, the Socimi controls 49% of Caleido. This iconic asset was also promoted by Villar Mir in an inverted T design, in a 75-year endowment use concession on council land. It currently houses IE Business School and a Quirón Salud clinic. In addition, a commercial area will soon open.

Emperor took over the participation in Caleido in 2017, when the project contemplated an investment of close to 300 million, a figure that could currently exceed the appraisal value. The other 51% is owned by Incus Capital, after the execution as guarantee of a loan to Villar Mir.

Finally, in 2019, Tan paid around 150 million to Telefónica for taking over the Diagonal 00 building in Barcelonaheadquarters of the teleco in the city, as this newspaper advanced then. This property is located next to the Fòrum coastline, next to the [email protected] district.

Tan maintains a relevant business link with Spain. His brandy, baptized as Emperor four decades ago, was inspired by that of the Jerez cellars. In fact, since the last decade, the tycoon has been making real estate purchases in the country at the same time that he has been acquiring various wineries.

His group Emperador owns six wineries in Spain, in the denominations of origin of Jerez and La Mancha. It has brandy brands such as Fundador, Terry, Espléndido, Sherry wines such as Harveys or Garvey vermouth.