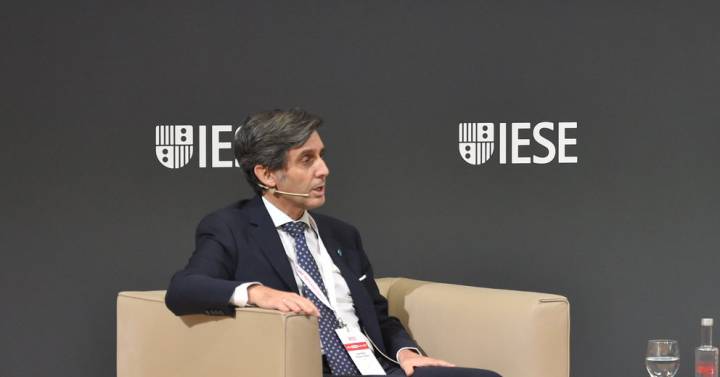 The executive president of Telefónica, José María Álvarez-Pallete, has defended at the annual meeting of IESE alumni that it is necessary to have professional recycling programs (reskilling), as well as exit plans in good condition for workers who cannot or want to do so.

“The reskilling It is very important and there is no age limit, but we have to accept that there are certain people who cannot or want to recycle. We have to have reskilling programs for all ages, but at the same time we have to have flexible programs so that anyone who wants to leave can leave in good condition, “he assured.

The words of the group’s top manager come after it transpired that Telefónica’s management is considering launching a program of voluntary departures in its Spanish subsidiary and that this Friday it has agreed to sit down with the unions to negotiate a social pact for the future of employment in the company, which would address, for example, training.

According to industry sources, said retirement plan, which the company wants to have finalized before the end of the year, would affect between 2,500 and 3,000 employees, with the possibility of expanding it to 4,000.

The executive has urged the European Union (EU) to define its industrial, competition and innovation vision at the annual meeting of IESE alumni held this Friday, where he pointed out in a conversation with IESE professor Philip Moscos that Europe and the operators are no longer leaders in the digital field and that those who should be treated as leaders and regulated therefore are other companies, alluding to the technological giants.

The president of Telefónica has illustrated this unevenness by ensuring that when “a widely used messaging application” falls, the call center that is collapsed by users is that of Telefónica and not that of the company, which does not have that service channel.

In addition, he lamented the lack of consolidation of the operator market at the European level compared to the United States and Asia.

The manager has compared, after a question from the public to Europe, with Benjamin Button – the protagonist of a film who is born old and rejuvenates. “We may have been born old in a new world, but our metabolism works in reverse and becomes younger every day,” he said after ensuring that “it is not too late” for Europe to reach the technological level of Asia and the United States.

Álvarez-Pallete has once again defended that people should receive compensation for their data and has stressed that innovation cannot be assumed on the basis that data will always be free, because it will not be.

It has also ensured that the digital transition must be managed carefully to ensure that there are no major social differences.

“This is the most profound revolution of humanity. In each moment that there has been this accumulation of technology in time, like the Renaissance or the industrial revolution, everything has changed,” he pointed out.

The president of Telefónica has given more details about the new innovation hub located in the Telefónica district, whose 5G space was inaugurated this Friday. The manager has indicated that they will soon also take the fiber laboratory to the same place and that the company is studying technologies such as 6G or quantum computing.

He also highlighted the upcoming openings of the 42 programming school in Barcelona and Malaga.

Álvarez-Pallete has ensured that Telefónica has the most ambitious continuing training program (reskilling) from Europe and that the hub is an important part of it, but that this space will also be available to clients and other nearby companies.