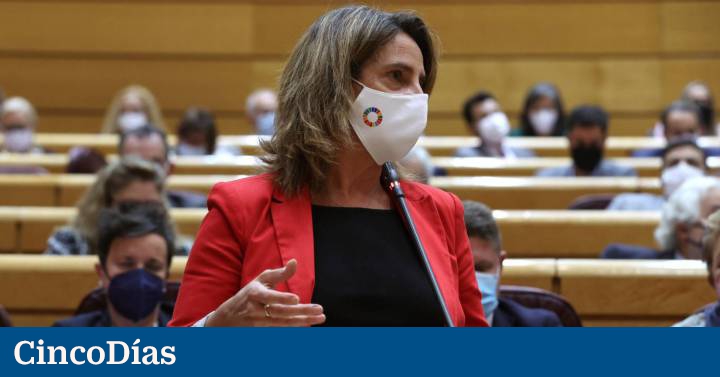 The Government plans to approve tomorrow at its meeting of the Council of Ministers a royal decree law that will include the necessary regulatory changes to apply a cap on the price of gas power plants in the wholesale electricity market (pool) for 12 months , according to the agreement reached with the European Commission.

Said limit will be placed at an average of 50 euros/MWh in the price of gas to produce electricity during the year of validity, which will reduce the income of the rest of the energies (the so-called inframarginal: nuclear, hydraulic and certain renewable energies) that charge the marginal price of the most expensive that is matched (gas and, occasionally, coal and cogeneration). The elimination of this extraordinary income (or windfall profit) and its effect on the final price of the pool is the objective of a controversial mechanism that Spain and Portugal will apply for 12 months and that is known as the “Iberian exception”, in reference to the scarce interconnection of the peninsula, 2.7% of the total capacity.

Taking a gas price of between 80 and 90 euros/MWh as a reference, since it is limited to 50 euros/MWh, the loss of income for the inframarginal, nuclear and hydroelectric plants (with an annual production of 53 and 29 TWh, respectively) is would place between 4,500 million and 6,000 million euros in the year of market intervention.

Although renewables with a special remuneration (those called Recore) are also considered inframarginal, since they sell their energy in the wholesale market, the mechanism would have no effect on these, since they receive a remuneration that is adjusted based on the profitability to which they they have the right.

The price of electricity from combined cycles is estimated by multiplying by two the price of fuel, to which must be added the cost of CO2, tolls and maintenance of the plant. The average 50 euros/MWh for gas, although both its cost and that of CO2 fluctuate, would translate into approximately 150 euros/MWh for electricity.

But that capped price will not be the final price that “the demand” will pay, according to the designed system, since, finally, these plants will charge their full real price: up to 50 euros/MWh, in the daily market, and the rest (up to the 80 or 90 euros/MWh of fuel marked by futures), will be divided among the marketers (demand) based on their consumption.

However, the savings for the system in which the Iberian exception will be translated, will not be such if the rule does not guarantee, as the Vice President for the Ecological Transition, Teresa Ribera, has publicly assured, that also the marketers that export electricity from Spain through interconnections (to France, Morocco and even Portugal, which is part of the agreement but is a net exporter in the Iberian market) also pay gas compensation.

This could exceed, depending on gas prices, 5,000 million euros or about 20 euros/MWh of electricity, which will be added to the aforementioned 150 euros/MWh of the limited price. Therefore, around 170 euros/MWh compared to an average of 228 euros/MWh registered by the pool in the first quarter of the year, marked by great volatility.

If the interconnected markets (France, with a potential demand of 27.2 TWh and Morocco, with 6.9 TWh per year) do not pay this subsidy, Spanish consumers would be subsidizing neighboring consumers about 2,000 million euros in their bills, according to industry sources, to the extent that the interconnection capacity allows it.

The main problem derived from the mechanism proposed by Spain and Portugal to the EC to limit the price of gas in the wholesale market and, thus, stop the contamination of this price to the rest of energies, is the export pressure on France and Morocco by obtaining in the Iberian market lower prices.

To avoid this, a double auction was proposed: a real price, without a ceiling, for the rest of the countries, and another for the internal market with the capped price. Because, despite the fact that the mechanism is justified in that the Iberian Peninsula is an energy island, it is not at all: the interconnection capacity is 2.7% or 8,760 hours per year.

Brussels flatly rejected the double auction and, although the system treats Iberian consumers and the rest equally, making everyone pay compensation for the price, production with combined cycles will increase. On the one hand, more will be paid, because the compensation will be greater and, on the other, because the gas will set a price for more hours and the most inefficient plants will also marry, whose operating cost is higher and, therefore, also that of the electricity they generate. .