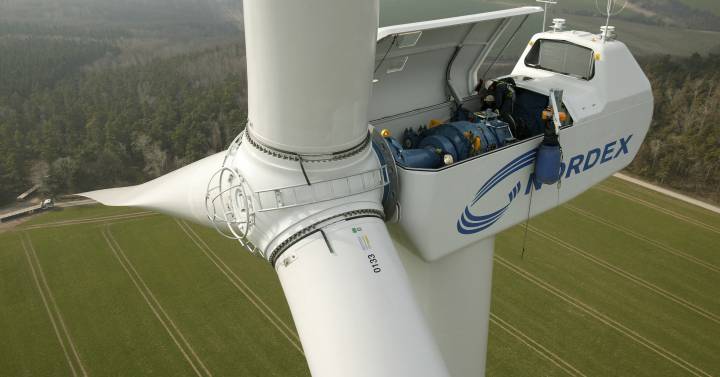 The wind turbine manufacturer Nordex, in which Acciona has a 41% stake, had a net loss of 283.2 million euros in the first half of the year, 344.6% more than a year ago, after the fall in facilities, effects of the pandemic and the war in Ukraine.

Nordex reported last night that turnover worsened between January and June to 2,126.2 million euros (-21.2%). It also suffered a gross operating loss of €173.3 million (profit of €68.4 million a year earlier).

Nordex said installations outside of Europe and Latin America were down in the second quarter. In addition, the company had to face “the indirect effects of the pandemic and the war in Ukraine through dislocations in the energy, raw material and logistics markets,” according to a statement.

The gross operating profit margin on sales was -8.1% (2.5% a year earlier). The CEO of Nordex, José Luis Blanco, said when presenting the figures that “the evolution of the market remains demanding”. Blanco considers that the orders are strong and was confident that Nordex will benefit “in the medium term from the good growth opportunities in the industry” of wind energy.