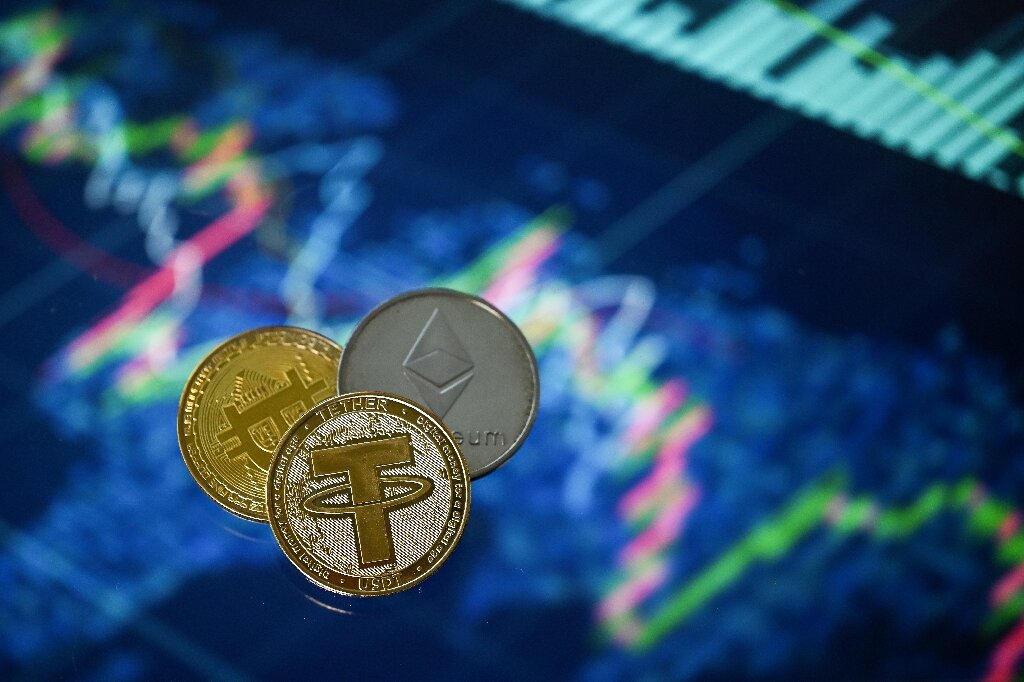 In a sleepy corner of the crypto-economy, the value of an obscure coin called Enzyme was tumbling downwards along with its peers earlier this month—but then something unusual happened on May 15.

Enzyme, also known as MLN, rocketed from 30 cents to 47 cents in just minutes and daily trading volumes exploded from around $3 million to more than $100 million, according to CoinGecko.

A few hours later, it crashed back down to 35 cents.

The coin had just been “pumped and dumped”, an age-old scam when traders get together and orchestrate a price hike to bag a quick profit.

“In the stock market, pump and dump is illegal, which is why criminals take advantage of the less robust regulatory framework around crypto assets,” said Mircea Mihaescu of compliance outfit Coinfirm.

The crypto economy has been torn to shreds in recent weeks with hundreds of billions knocked off the value of the sector and some currencies completely collapsing.

The scamming industry—worth some $7.8 billion last year according to Chainalysis data—has not given up though.

Scammers continue to find fertile ground on the Telegram app and Twitter, positioning themselves as benevolent heroes helping those who have lost out in the crash.

The rationale preys on the cult-like nature of crypto investing, but experts say it is far from the truth.

The May 15 call to arms came on a Telegram group called WallStreetBets—Pumps.

After several messages building the hype, the group wrote: “The coin we are buying is $MLN… Shill it on Twitter to make it trending.”

“Whales accumulating, worth a shot!” tweeted a user called CryptoSanta, referring to the nickname of mega-rich investors.

Enzyme Finance, the firm that owns the MLN coin but has no link to the Telegram channel, quickly tried to calm things down.

“Please be careful of fake accounts looking to operate pump and dump schemes,” the firm tweeted, distancing itself from the feeding frenzy.

But everyone who saw the Telegram messages or the hype on Twitter knew their only chance to make a profit was to get in and out fast.

In reality, almost all of them would have lost. The price spike lasted for just minutes and the only ones guaranteed success were those organising the scam.

“In any pump and dump scheme, everyone is convinced they are the pumper,” said behavioural economist Stuart Mills from the London School of Economics.

But it is far from the only group openly pumping coins on Telegram.

Kucoin Crypto Pumps Trading, for example, is already advertising a pump timed for next week. Monaco Pump Group claims to be run by “two of the richest whales in Monaco”.

In fact, data scientist Matt Ranger reckons most of these schemes are run by groups of chancers and low-level career scammers with one main skill—marketing.

“You don’t have to know how to write a line of code,” he said of the pump and dump schemes.

The Telegram groups churn out messages that tap into the sense of grievance at the heart of the crypto-economy—the feeling that mainstream economic institutions have failed young people.

“This signal was meant for everyone to recover from the recent Luna events,” the WallStreetBets group said, referring to the failure of a major crypto project called terra/luna.

And the group thanked “mega whales” for helping to pump up the value.

The insular world of crypto creates its own fictions, where billionaires sacrifice themselves for the good of the community.

It goes hand-in-glove with currently popular conspiracy theories that the crash in the crypto economy was engineered by investment firms like BlackRock or Citadel.

These companies, the theory goes, deliberately crashed bitcoin so they could buy into the space at a lower price.

Stuart Mills points out that this helps the pump and dump groups to de-humanise their victims and boost their own sense of grievance.

“All of a sudden these unethical means become more justified,” said Mills. “I was screwed, so time to screw the bad guys over.”

However, Matt Ranger points out that during slumps like the current one, such scams quickly become unsustainable.

“The only buy orders are the people on that Telegram group or on Twitter,” he said. “As soon as you hit the last one, it collapses, because there’s nothing else, there’s no organic real demand.”

Cryptocurrencies: Why they’ve crashed and what it could mean for their future

Citation:
No slump for pump and dump cryptocurrency gangs (2022, May 26)
retrieved 26 May 2022
from https://techxplore.com/news/2022-05-slump-dump-cryptocurrency-gangs.html