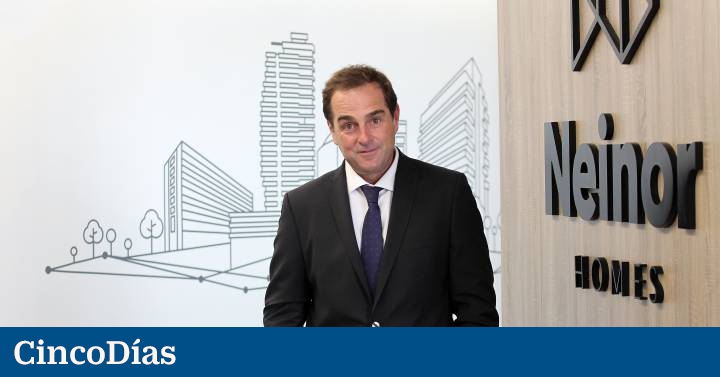 The differences on asset valuation and how to carry out the payment formula, whether in shares or in cash, the purchase of the Madrid real estate is running aground Via Célere by the listed company Noor, the major acquisition in the housing development sector in recent years. The current low market price of the Basque group also makes a merger difficult.

Neinor, who has the French background Orion and the Israeli Adar as relevant shareholders, began the study a few weeks ago to acquire its rival. On November 8, he recognized in a relevant fact referred to the CNMV that was “In a preliminary assessment process of a possible integration operation” of Vía Célere. As a result, the largest residential developer in the country would be created, ahead of Aedas Homes and Metrovacesa.

The purchase or merger is not easy and it is finding it difficult to satisfy the parties, according to what various connoisseurs of the process have told this newspaper in recent days. One of the issues to be resolved is that the Värde fund, which controls around 75% of Vía Célere, prefers to sell the company in cash to recoup its investment. This US firm has added the Dospuntos and Aedas assets in recent years with the aim of taking Vía Célere public in 2018. But the market closed after the stock market premieres of Neinor, Aedas and Metrovacesa, making it difficult to exit the capital of the promoter through a public offer of sale (IPO).

This Friday the newspaper The confidential claimed that Värde has rejected Neinor’s offer and that opens up to negotiate other possible offers from competitors. In fact, in recent months, conversations between shareholders of different large promoters to tackle a concentration process. From Neinor, however, they assure that the negotiation continues. The Basque firm has a period of exclusivity in these conversations, which expires in the next few days, but which could be renewed.

All the parties consulted reflect that Värde is the most interested and most pressing in carrying out an operation to divest, since this type of funds have a certain duration date for their investments, which are usually around seven years on average.

Most likely, the operation could be closed with a mixed formula of delivering Neinor shares and cash to Värde and the other minority shareholders to acquire Vía Célere. But the equation is not clear.

It would be easier for Neinor to merge with Vía Célere, paying in shares, as it did with the smaller Quabit at the beginning of the year. However, this option is more complicated in the case of a Vía Célere purchase because the Neinor price is currently at a 40% discount compared to the NAV (the net value of the assets). If at June 30, the NAV of the Basque promoter stood at 1,417 million, its price today is severely punished and remains at about 850 million. That would mean that in order to exchange shares with Vía Célere, the Madrid company would have to accept a strong discount in the value of its own portfolio.

In any case, Värde – advised by Credit Suisse and Deloitte on the operation – is not very favorable to controlling a very large package of the merged company either, because it would make it difficult to sell shares on the Stock Market, since the resulting company would have a low free float and very little liquidity. However, if it could accept an integration in cash and in shares, which would give the minority shareholders of Vía Célere a stock exchange. The question is to agree on an equation that satisfies all parties.

On the other hand, Neinor – advised by JP Morgan – prefers the option of paying with shares and completing a merger model. For the developer, which has Borja García-Egotxeaga as CEO, it is more difficult to approach the operation completely in cash, since it would skyrocket its debt.

Vía Célere has a gross asset value (GAV) of 1,770 million. The purchase of Vía Célere would make Neinor the largest residential development company, with a portfolio of land with the capacity to build 36,800 homes, of which around 20,000 would come from the Värde real estate agency.