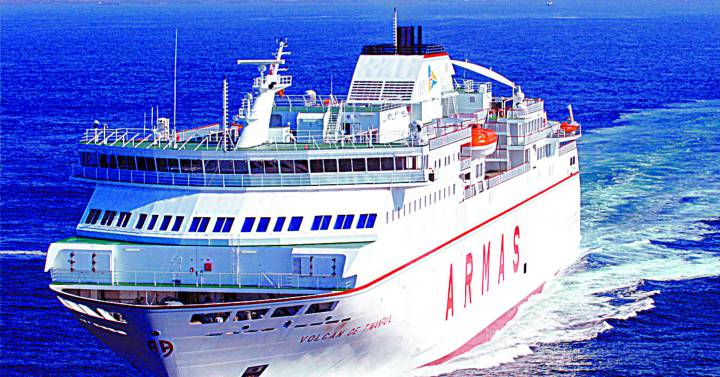 Naviera Armas seeks alternatives after its clash with SEPI. The shipping company negotiates with the bank a loan of up to 100 million to try to supply the rescue that it had requested from the public body and that has not come to fruition. The goal is to have enough oxygen to withstand increases in the price of crude oil.

A little over a year ago Naviera Armas signed an agreement with its creditors that seemed to clear the future of the main ferry operator between the Canary Islands and the Peninsula. The bondholders agreed to inject 160 million into the company in exchange for taking most of the economic rights of the company and 49% of the politicians, with whom they repaid a loan granted by HPS and Apollo. They also capitalized 245 million of the 366 million in bonds that the company had. Banks also participated in the operation, with working capital lines of 70 million.

The evolution of the company has not gone as well as expected. The company suffers from the high cost of oil, which squeezes its margins and raises the costs of starting up and maintaining its extensive fleet of ships.

For this reason, they decided to reactivate the rescue request to SEPI that they had made in 2020. In this case, they requested about 100 million euros from the public entity. But the demands of the SEPI so that the debt it contributed had preference when it came to being returned over the money that the funds had already injected ended up making the rescue impossible. According to the company, this made them withdraw the request for public money.

The company has now commissioned Houlihan Lokey to find alternative financing. The company is currently negotiating a loan of up to 100 million euros with the bank. The amount can be reduced if the company decides to divest itself of a vessel and obtain liquidity in this way. This happened at the end of 2020 and this allowed him to retain most of the political rights of the company.

“Given the uncertainty derived from the current geopolitical context and the increase in fuel prices, Naviera Armas Trasmediterránea is exploring potential additional financing channels with different financial entities. These new lines of financing that are being explored are intended to strengthen the group’s solvency in the event that the price of fuel does not return to normal in the medium term,” the company indicates.

The key for Naviera Armas now lies in Operation Paso del Estrecho. After two years at a standstill, first due to the pandemic and then due to the conflict between Spain and Morocco, the return of relations between Madrid and Rabat has caused this operation to be resumed this year to facilitate the trip of Moroccans living in Europe to home. Naviera Armas is one of the shipping companies that promotes these trips between the Peninsula and Morocco and is one of its main sources of income.

Fernando Val, the CEO appointed by the funds for Naviera Armas, has decided to resign after just over a year in office. The former number 2 of Vueling was appointed to the position by the funds when they signed the restructuring of the company. Val had to live with the Armas family, who continued to hold the presidency of the company. The founder Antonio Armas passed away in March and left the position in the hands of his son. The company is still awaiting the appointment of a new commander as number of the company, while trying to close the new financing with the bank.