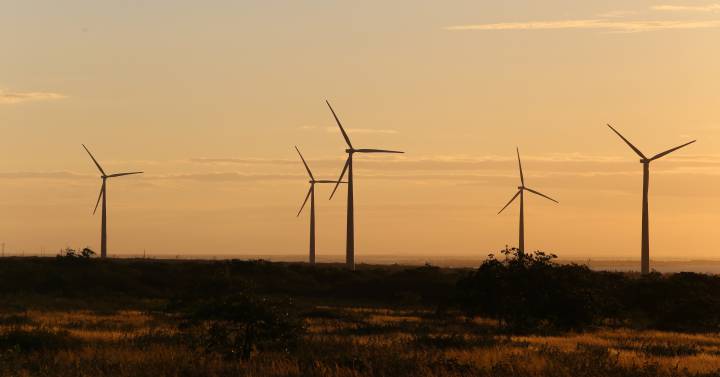 The sale of Eolia advances until its final stretch. Its current owner, the pension fund Aimco, receives this week the final offers from the Spanish renewables firm. These are from Naturgy, in alliance with the Plenium fund, Engie, ERG and Verbund, according to financial sources. The bids start at 2,000 million.

Aimco is about to close its first and rapid investment in the Spanish renewables market. In 2018, it bought Eolia from Oaktree for 1.4 billion, an operation that had been stuck for years. And just three years later, it has commissioned the investment bank Cantor Fitzergald to sell the company, for double its value and after an intense growth campaign and a debt refinancing.

The fund receives binding offers for Eolia this week. Among these are Naturgy –which has signed an alliance with the Plenium fund, which would keep the solar assets, while the utility would integrate the wind power–, Engie, Verbund and ERG. However, it is not ruled out that some last minute unsolicited offer still arrives.

The idea is that the process enters a fast phase. And that during the next week the Canadian fund engages in exclusive conversations with the bidder it chooses as the winner.

Appetite for the sector

The bid for Eolia, launched during the summer, quickly woke up the appetite of a number of funds, insurers and large companies in the sector. The size of the company has meant that only the large groups in the sector have maintained their interest until the end. In addition to Naturgy, electricity companies from France, Austria and Italy are participating in the bid. Due to the size – the bids are around 2,000 million – the fund even considered an IPO, but the failures of Opde and Capital Energy, as well as the doubts raised by Ecoener, tipped the balance on the side of private sales.

These 2,000 million represent a 12-fold increase of the 160 million ebitda recorded in 2020, the same multiple at which Bankinter and Plenium sold Helia’s assets to the Canadian renewable energy group Northaland Power for 1,061 million, including debt. Eolia’s buyer would also assume the company’s 1.05 billion net debt, which would reduce the equity value to 950 million.

Aimco is thus trying to join the tailwinds that blow in favor of renewable energies in Spain. Not even the recent decree of the Government, later corrected, that tried to stop the escalation in the electricity bill, has diminished the appetite of the funds to position themselves in the Spanish market. Just a few weeks ago, the Egyptian fund EFG took 49% of Ignis. And in recent months, operations such as Helia or the takeover of T Solar by Cubico have stood out.

Eolia has a portfolio of 860 MW of electricity generation capacity. Since it is under the leadership of Aimco, it has increased its capacity by 200 MW. The fund also promoted in 2020 a refinancing of the company, agreed a loan of 500 million with four banks and issued another 500 million in bonds. Santander and Sabadell were the coordinators of the operation.