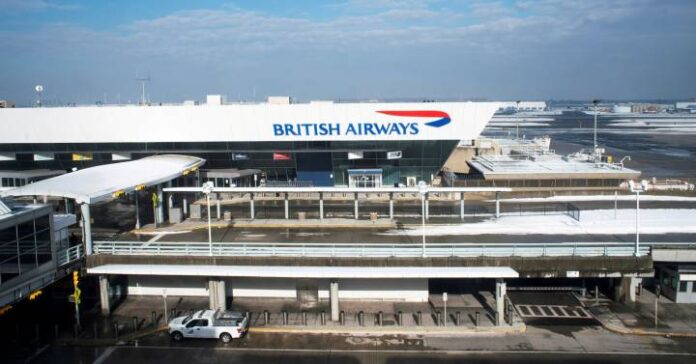 The fear of a new border closure after the Covid-19 out of control in the United Kingdom, with the appearance of a new strain of the virus that has already jumped to the Netherlands, Italy or Australia, has knocked down the optimism generated with the arrival of vaccines. At least for now. And transport and hospitality are, once again, the sectors most exposed to the rebound of the crisis.

The recommendation of the European Center for Disease Prevention and Control, which many governments have endorsed, is to avoid displacement. And the reaction of the markets yesterday was little less than panic, as well as among travelers. The stoppages, when not suspensions, of timid flight and accommodation reservations are back.

If during the weekend many European countries began to disconnect from the United Kingdom, including Belgium, Austria, Germany, Italy, Ireland or France, the country was practically isolated from the rest of the world yesterday. In the early afternoon, Spain or Portugal joined the closure to prevent the spread of a much more contagious strain. The EU, for its part, agreed to keep the internal borders of the Schengen area open.

In the aviation sector, it rains in the wet and various sources believe the articulation of new public aid packages to avoid the bankruptcy of large references is unavoidable.

According to estimates by the IATA association, airlines have had access to 173,000 million dollars (141,460 million euros) in public loans. Some bailouts that have triggered the indebtedness of companies in 220,000 million dollars, up to 650,000 million. For this reason, support instruments are now being called for that do not further increase the liabilities of these companies.

Before the strengthening of the threat posed by Covid-19, IATA estimated that the losses of the airlines as a whole would reach 118.5 billion dollars this year, and that the red numbers would still be 38.7 billion dollars in 2021. Estimates that they could get worse in the coming weeks.

The possibility of eliminating quarantines among travelers from countries at risk or of generalizing the use of rapid and affordable tests, instead of the PCR test, to allow travel by plane is also moving away.

IAG is in the eye of the hurricane by having Britain’s British Airways as its main brand. The holding company suffered a 8.83% hit on the stock market yesterday. Ferrovial, shareholder and operator of London Heathrow airport, suffered a setback of 3.37%.

But they are not the only ones in the air transport or infrastructure sectors to suffer the umpteenth punishment for the pandemic. Markets fear a rapid spread of modified viruses and severe restrictions on mobility. Aena left 2% of its value and once again has hidden any visibility on the recovery of traffic. In 2019, 16.3% of travelers on the Spanish airport network were related to the United Kingdom.

Other essential airlines for connecting the British Isles, such as Ryanair and Easyjet, are also facing deteriorating expectations. The Irish lost 5.33% yesterday, while the British fell 7.21%. And this while doubts about the effect of Brexit in the air corridor between the United Kingdom and the EU and also in the ownership structure of IAG or Easyjet are still to be cleared.

The low cost orange had reinforced last week the sale of tickets for the summer season of 2021 and advanced the possibility of booking for the winter of 2022. Specifically, it had put 36 million seats on sale to fly between October 1 2021 and March 26, 2022. All with the intention of reviving the box.

Everything is gray again in these hours. The shock wave unleashed in London reached France or Germany yesterday. Air France-KLM fell 4.16% on the floor and the Lufthansa group did it 4.25%.