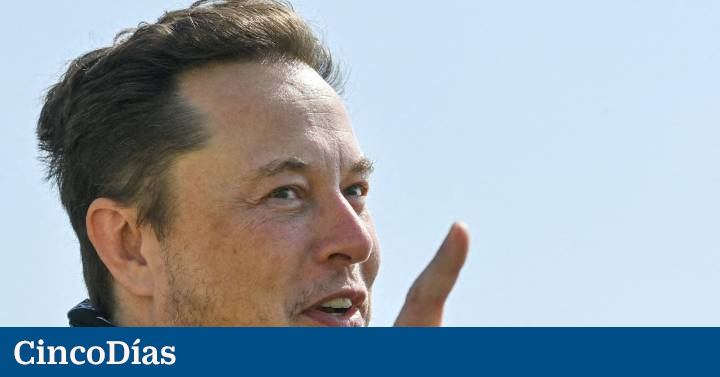 Elon Musk is keen, like other tech billionaires, to become a media heavyweight. Or rather new media, because unlike Jeff Bezos, founder of Amazon, who bought in 2013 one of the two historic newspapers in the US, Washington Post, for 250 million dollars, and the founder of Salesforce, Marc Benioff, who bought the magazine in 2018 Time For 190 million, the founder and CEO of Tesla and SpaceX wants to achieve that goal by acquiring Twitter.

The technological entrepreneur has launched this Thursday a purchase offer for the social network for 43,000 million dollars that, if materialized, would make him the owner of a platform in which he alone has more than 80 million followers and that adds more than 217 million active users worldwide. The stated goal of the current Twitter management team is to reach 315 million users by the end of 2023.

As Enrique Dans, professor at the IE Business School, assured a few days ago, following the purchase of 9.2% of Twitter by Musk, “those who invest in Twitter do so because they value its value as a social communication tool, its characteristics as a vehicle for people to express themselves, or its possibilities as a communication channel and, eventually, marketing, but not so much because of its profitability prospects as such”. Along the same lines, and according to the Financial Times, Journalism professor at the City University of New York, Jeff Jarvis, points out that while Twitter is more of a technology platform than an editorial product, Musk’s unique position gives him the clout associated with “media barons, whether based or not.” in ink or in bits”. And it is that Twitter is for many years has become one of the most viewed news sources in the world.

When Bezos acquired Washington Postwhich had been owned by the Graham family for 80 years, the group’s then-CEO Donald Graham said Jeff Bezos’ “proven business and technological genius, long-term vision and decency make him a particularly good fit.” new owner for him post”. But there were those who stressed that with this operation, the founder of Amazon sought to gain the ability to influence political spheres. Something that many may now think of Elon Musk.

What the protagonist himself has said, after publicly criticizing Twitter’s freedom of expression policy and its role in democracy, is that he wants a social network that prioritizes freedom of expression. But, as Dans also warned, “a return to anything goes, at this point and with the experience of years of social media, it would be complex and controversial to say the least.” This professor points out that for the social network the problem of managing participation has been one of the most important that it has had to face throughout its history, “with stellar moments in which even some companies that considered acquire the company they gave up doing it because of what it had as a place for hate, insults and unedifying behavior”. To which has been added the fact that many public figures left Twitter after receiving insults of all kinds on a regular basis.

If the Twitter purchase operation goes ahead, the reaction of the users and workers of the social network remains to be seen, who in recent days have already expressed their fear that Musk will relax the content moderation policies, even lifting the banning of Donald Trump from participating in the platform. Those who will applaud the fact that the founder of Tesla takes over Twitter are the most radical sectors of the right in the US that, since the assault on the Capitol and the restrictions imposed by Facebook and Twitter, have gone to other much smaller social networks and permissive (Parler, Gttr or Truth Social).

Although there may be many users like Musk who want absolute freedom of expression on the social network, hate speech and misinformation complicate it.

But, for now, steps are already being taken on Twitter to give the user more freedom: the company announced a few days ago, just after it became known that Musk was its largest shareholder, that they were going to start using an edit button to allow users change tweets once they are posted. Something that the founder of Tesla had claimed, although the company said that they had already been working on it for a year.

Musk has a reputation for bringing great dynamism to his companies and could be a catalyst for change at Twitter. What is difficult to answer now is whether her figure on the social network will be good for her in the long term, since any action she carries out that affects the handling of content on Twitter will be delicate. Also, as Anupam Chander, a professor of global Internet regulation at Georgetown University, said a few days ago, traditional media have long had clear rules on how to maintain editorial independence, but there is no way of knowing whether “Elon Musk or any other billionaire is unfairly trying to exert control over the great speech platforms of the time.”

For now, he’s already using Twitter as a megaphone to reach millions of people with his tech ideas, his companies, and even to pursue personal vendettas. And some of his tweets have gotten him into serious trouble with the SEC. For example, those that he published in 2018 in which he said that he was preparing to take Tesla out of the stock market, something that did not happen but that triggered the company’s action. Musk continues to play with his tweets about his role on Twitter also causing the social network stock to rise these days. So the big question many are asking is whether he really wants to buy Twitter or is he bluffing while collecting profits?