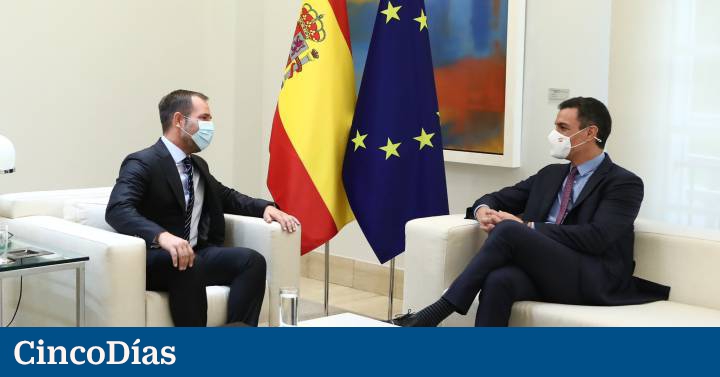 The President of the Government, Pedro Sánchez, met this Tuesday after the Council of Ministers with the Vice President of Meta, Javier Oliván, who conveyed to him the company’s intention to establish the world’s first Meta Lab in Spain and create 2,000 jobs in the country for the next five years.

The manager has also shared that the company will invest in the digital infrastructure of Spain with a new transatlantic cable and starting the process to build a new data center.

“Productive meeting with Javier Oliván, Vice President of Meta. We celebrate the company’s investments in our country that will generate 2,000 jobs. Spain is a ‘hub’ of talent and entrepreneurship and will continue to be at the forefront of digitization, supporting technologies such as the metaverse,” he said. assured Sánchez on his Twitter account.

The company has explained in its blob that today they announce “a significant investment in personnel and infrastructure in Spain. As our company prepares to help build the metaverse, we place Spain at the center of our plans by creating new positions highly-skilled jobs, support for local technology entrepreneurs and companies, and investment in essential digital infrastructure”.

His plans, as detailed, include: the hiring of up to 2,000 people until 2027; open the first Meta Lab in the world, a place of support for Meta remote workers in Spain, with space for technological entrepreneurs and startups, and double the space of its offices in Madrid; create a new connectivity infrastructure. Thus, he has indicated that the world’s first half petabit transatlantic submarine cable and the 2Africa cable will land in Spain, joining the already existing Marea cable.

In addition, the company has highlighted a collaboration with Telefónica to establish a Metaverse Innovation Hub in Madrid focused on helping to accelerate the preparation of the metaverse network and devices, news that was already announced during the Mobile World Congress in Barcelona. It will also start the process to build a new data center in Castilla-La Mancha, and will explore possible collaborations between the industry, the academic sector and the Government to work on the construction of the metaverse in a responsible manner, including privacy, security and privacy. diversity.

“We hope that our new Meta Lab will play an important role in the Spanish technology scene and help lay the foundations for Spain to benefit from the metaverse,” added the company. Mark Zuckerberg’s company has pointed out that Spain “is at the forefront of European technology”. Specifically, he highlighted that “it has two strong technology centers with advantages for the country: Barcelona and Madrid, which are at the core of the technology scene and attract local and international entrepreneurs, talent and investors, as well as other more recent centers in Valencia and Andalusia”.

With this investment, Facebook joins other big tech who have also announced the opening of data centers or centers of excellence in Spain, as is the case with Amazon, IBM, Google, Microsoft and Oracle.

Oliván, Vice President of Central Products, and Vice President of Global Affairs, Nick Clegg, announced last October a plan to create 10,000 jobs in Europe related to the metaverse in the next five years, with which Spain would correspond to a fifth part.

In this post on the company’s blog, the authors highlighted three European countries: Germany, Sweden and Spain, highlighting their record levels of investment in startups from food delivery to neuro electronics.

The company has recalled that it began operating in Spain in 2009 and that they opened their first office here in 2015. Spanish was the first language in which Facebook was after English in 2007.