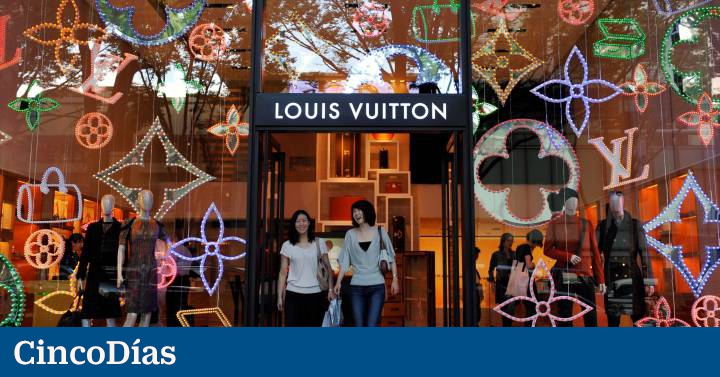 Luxury is not at odds with economic weakness. That at least is what analysts project on LVMH. The company accumulates a decline of 18.3% in 2022, but the purchase recommendations account for 84.2% of the total (according to the Bloomberg sample), and those to maintain, 13.2%. In the last month, several investment firms have advised to acquire titles: Goldman Sachs, Barclays, Citi, Société Generale, Santander or Morgan Stanley are some.

The market consensus estimates an average target price for the security of 771.28 euros, which is a potential increase of 30.8% over the current price; Barclays places it at 825 euros (36% more) and Société Generale, at 900 euros, almost 50% more.

“The luxury sector offers a favorable combination of risk and reward over current levels, even assuming a slow recovery in Chinese demand and the normalization of growth in markets in developed countries.” “The risks of economic slowdown are largely discounted,” explains Citi. For the bank, LVMH offers one of the best investment opportunities.

37% of the French group’s sales in the first quarter of 2022 were generated in the Asian country (excluding Japan), compared to 41% the previous year. China has again suffered severe restrictions due to a strong rebound in coronavirus infections. Experts expect an improvement in business in the country after the relaxation of these restrictions. In addition, the turnover of Europe and the United States grew, offsetting the drop in the Asian country.

“Geographical diversification and the positioning mix [con diferentes áreas de negocio como moda, bolsos, joyería, cosmética y espirituosos] they should be a hedge against any economic or geopolitical downturn,” says Divacons-Alphavalue. The firm highlights, on the other hand, “that the permanence of the demand for brands, especially the iconic LV [Louis Vuitton], underpins strong long-term growth for LVMH.” “The group has grown 11.5% above the sector in the last decade,” he says.

The publication of the results of the first half is scheduled for July 26. After registering sales growth of 23% between January and March, which beat expectations, Goldman Sachs forecasts a 9% increase in the second quarter, driven by the fashion and leather division, where turnover could grow 12%. in the period, and due to the strong demand of the European market and the United States, with the return of tourism, and despite the inflationary pressure.

Goldman Sachs is more cautious than the market consensus, which estimates revenue growth of 12% in the half due to weak activity in China. Still, the bank prefers “brands that demonstrate market leadership, strong pricing power, scalable benefits and the ability to support margin expansion.” “We think LVMH looks attractive relative to its peers in this context,” he notes in a report.

For its part, UBS hopes that the financial balance for the first part of the year “reminds investors of the strength of brands and superior pricing power, something so important to protect profits in an environment of high inflation” . LVMH remains one of his top picks in the sector, given its potential and its “historic resilience in recessions,” he adds.

In Bankinter’s opinion, even with the foreseeable slowdown in demand, it believes that “LVMH’s starting levels are solid to meet sales growth, located at 13% for 2022 as a whole.” And “on the side of margins, the power of pricing will allow to pass on, at least partially, the increase in costs”, he adds. LV decided on a 5% price hike last February.

Trajectory. LVMH is in the red for the year, but the price is not too far from the all-time high of 749 euros that it reached at the beginning of 2022. The path that the stock has followed has been outstanding since 2008, the year in which the financial crisis. In December of that year, the action cost 48.40 euros; the revaluation since then reaches 1,153%. It is the company with the largest capitalization in the Euro Stoxx, with 300,000 million euros, which is the value of the eight largest Ibex companies together: Inditex, Iberdrola, Santander, Cellnex, Naturgy, Telefónica, BBVA and Amadeus.

Russia. This week, the group announced that it had reached an agreement for the sale of 100% of Sephora’s subsidiary in Russia to its local partner (Drozdov). The company closed its stores in early March after the declaration of war on Ukraine. Sales in Russia represented less than 2% of the total.

Dividend. It has distributed 10 euros per share on account of the 2021 results. The dividend yield on the current price is around 1.8%.