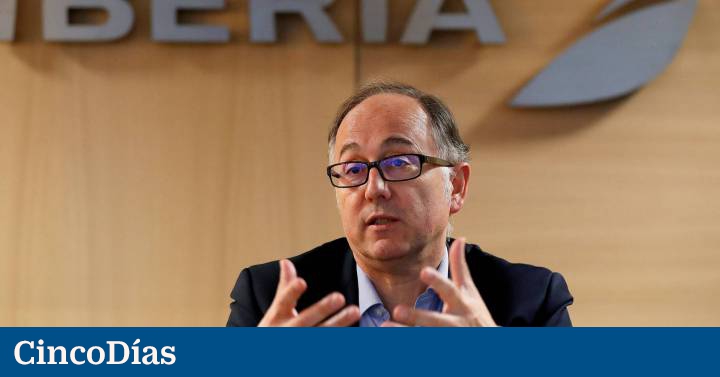 The CEO of IAG, Luis Gallego, still leave the door open to come to an agreement with Globalia for the acquisition of Air Europebut it has also been assumed that the holding company of the Hidalgo family negotiates with other airlines.

This has been recognized in a meeting with the press after the 2021 results presentation: “The purchase is strategic for Iberia and IAG, also for Spain and the hub of Barajas. In December, the operation, as initially conceived, was abandoned, and we gave ourselves a deadline to find a solution. At this time, Globalia is looking at other options and is talking to at least one other airline.”

Gallego has stated that Iberia and IAG are not currently seeking other investment alternatives, after anticipating Globalia €75 million that would be deducted from the final price: 40 million for the breakdown of the first acquisition project and another 35 million to avoid litigation and continue in the talks. “They wanted more money even before the Competition approved the operation, which represented a financial risk for us,” it has been stated before the media.

From IAG it has been insisted that the triumph of a competing offer, foreseeably coming from Europe, would be “catastrophic” for the hub of Madrid-Barajas and the interests of Spain. The company has avoided offering names, but in the sector it is betting on the interest of air Francerescued with public money.

Despite the barriers put up by the European Commission for the French company to launch into corporate operations while being backed by capital from its State, formulas are being sought in the neighboring country so that it can participate in a new wave of concentration in Europe. One way would be to launch an offer accompanied by a partner, as has been done Lufthansa with MSC in his interest in the Italian ITA.

“It’s not going to stay for us, but we have to find an equation that satisfies all parties,” says Luis Gallego in reference to an integration project between Iberia and Air Europa that is losing strength as the days go by. The president of Iberia, Javier Sanchez-Prietohas recognized that Iberia does not have exclusivity in conversations with the Hidalgo family, and has also been clear in pointing out that the contacts are now “more sporadic” than in December or January.

The push and pull for the acquisition of Air Europa already does not have a specific end date. In fact, it could take months. Sánchez-Prieto has stated that if this attempt fails, the company will continue to study other possibilities.

The confrontation between Qatar Airways, IAG’s largest shareholder, and Airbus, due to the deterioration of the paint on the fuselage of twenty A350 aircraft, has been echoed in Iberia. The latter relied on that model to renew its long-haul fleet and has also noticed deterioration, “which does not reach the level of Qatar’s”, but was reported to the European Aviation Safety Agency (EASA).

The CEO of IAG has revealed that “the regulator believes that these aircraft are airworthy, in addition to giving a very good performance for Iberia.”

Qatar has requested an expedited hearing before the High Court in England to address “our serious and legitimate security concerns in relation to the deteriorating surface condition which is negatively affecting our fleet of Airbus A350s and which has so far led to the immobilization of 21 Airbus A350 aircraft”, said the airline at the end of January.

From his point of view, the damage is not superficial and affects the lightning protection system. The structure of these planes is also exposed to moisture and ultraviolet light, adds the airline, which has detected cracks and other damage around the fuselage rivets. The hearing is scheduled to take place in April.

Environmentalists fill holes in golf courses in France with cement

Strike at Ryanair from this Monday