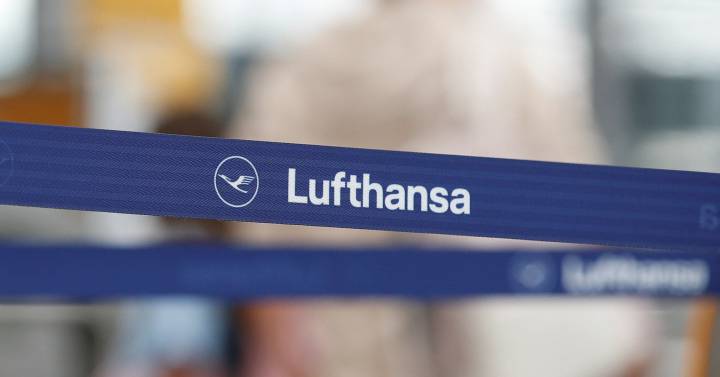 The Lufthansa airline group, which has been rescued by the German State, had a net loss of 325 million euros until June, 82% less than a year ago, after the increase in income, and comes out of losses in the second trimester.

Lufthansa has reported this Thursday that it has reduced the operating loss to 300 million euros, 86% lower than in the first half of 2021, and that revenues have risen to 13,825 million euros (+140%).

The airline group said strong demand for airline tickets remains. For this reason, in the second quarter it already had a net profit of 259 million euros (loss of 756 million euros a year earlier).

Optimism about the future

The CEO, Carsten Spohr, said when presenting the figures that “Lufthansa has returned to black numbers”. Spohr considered that airlines around the world are at “their operational limits” but was optimistic about the future.

Due to the increase in demand, the group of airlines increases its capacities and in the second quarter it offered 74% of the flights it had before the pandemic and achieved an occupancy rate of 80% on its flights, a figure almost as high as before the pandemic. covid (83% in 2019).

The group cited the good operating result of the Swiss airline Swiss of 45 million euros in the first half (loss of 383 million euros a year earlier) due to strong demand and restructuring measures. The result in cargo transport remains at record levels due to problems in maritime cargo transport.

The result of its aircraft maintenance and repair services subsidiary Lufthansa Technik also improved because, after the recovery of global air traffic, the demand for these services has increased.

The Lufthansa group plans to hire 5,000 new employees in the second half of the year because it is going to expand its flights, especially pilots and cabin crew at Eurowings and Eurowings Discover, ground staff at airports, employees at Lufthansa Technik and in the LSG catering division . It also forecasts a similar number of new hires in 2023.

Lufthansa forecasts that the demand for plane tickets will remain high for the rest of the year and said that reservations from August to December stand at an average of 83% compared to the level before the crisis due to the pandemic.

“Despite the need to cancel some flights to stabilize operations, the company continues to increase its capacity in line with demand and expects to offer approximately 80% of its pre-crisis capacity in the third quarter,” he said when presenting the results. .

The group plans to offer in 2022 75% of the passenger flights it had before the pandemic and an operating profit before extraordinary items of 500 million euros despite the uncertainty regarding the global economy and geopolitical tensions, as well as the progress of the pandemic.