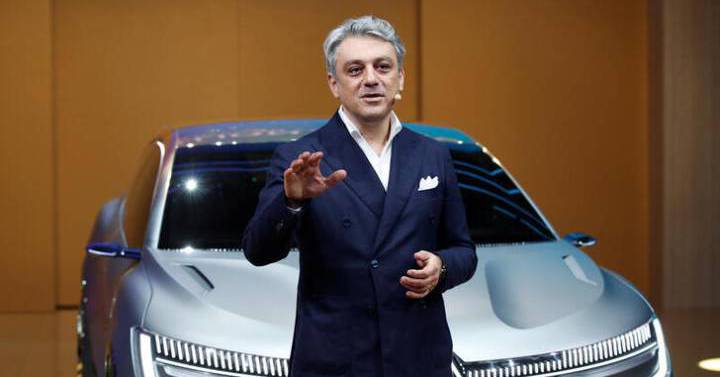 Luca de Meo, chief executive of the Renault group, considers that Europe has started the battle of digitization late before the US and China, but he is confident of winning the battle of the electric vehicle, the second great revolution facing society.

In an interview published yesterday by the weekly Le Journal du Dimanche, De Meo confirmed his intention that in 2030 the entire range of the diamond brand will be electric and assured that he is preparing the group for it. “My role is to project Renault into the future and in Europe the future is electric,” he said.

De Meo considered that there are French groups that have the experience to face a rapid ecological transition: “Together, we will achieve it”.

The CEO of Renault, who has turned the page on Carlos Ghosn’s stage, gave as an example the success of the electric Mégane, of which they have sold 25,000 units in three months. He acknowledged that there is a problem with the price because “40% comes from the battery” and “of that percentage, 80% depends on raw materials”, the cost of which they do not control almost entirely. But at the time he vindicated the commitment to produce electric in Europe, particularly in France, where Renault has created a platform to produce a compact electric vehicle. “It is a huge economic and industrial challenge. We could have done it in a country with lower costs. But the soul of a company is in its roots”, indicated the Italian executive.

After the Ghosn era, in which the group sought to increase sales at all costs, De Meo opted for a “change in philosophy” that goes through “prioritizing value over volume”. Although he pointed out that Renault “will continue to be a popular brand” and expressed his doubts about the possibility of making high-end vehicles, he assured that the cars of his brand have more value so “the customer will have to pay them at their corresponding price” .

De Meo was optimistic about the future of his company, which is beginning a model renewal cycle, with 25 scheduled until 2026, of which eleven will be electric, such as the new R5 or the 4L, two classics that will have their new version not conventional. He acknowledged that “they will be more expensive to buy, because it costs more to produce them, but not to use them.”

The CEO of the brand, which has just presented positive results, the first in many quarters, considered that the bet could be the salvation of the automotive industry in Europe. “Two revolutions are taking place: the ecological transition and digitization. On digitization, Europe has been slower than the Americans and the Chinese. On the ecological transition, we have both cultural sensitivity and technological advantages”, he assured.

The former executive of Fiat, Audi or Seat indicated that Renault’s accounts in the last year have allowed the company to be taken “out of emergencies” and that they have a two-year advantage in the strategic plan launched in January 2021, in a context difficult, with skyrocketing inflation, the chip crisis that has caused them to lose some 300,000 sales or the exit of Russia that caused their shares to fall by 35%.